Panama Canal Expansion and the Implications for Increased Competitiveness 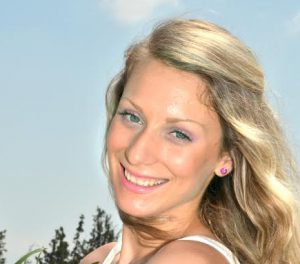 The Panama Canal saga to which we have referred numerous times  for various geopolitical trading issues and in particular with articles and live interviews over the last three months, will be a great issue (its opening time for bigger Panamax vessels and the effects in global transport and the markets) for the years to come.  Olympia Delimitas’ dissertation* comes at no better time and we hope it gives you a different insight to one of the world’s most important trading dire straits…

In brief, this study concentrates on the expansion of the Panama Canal and the implications for increased competitiveness. According to ACP (Panama Canal Authority) ships from all over the world cross the Canal daily; it is estimated that the Panama Canal deals with more than 144 maritime routes connecting 160 countries, reaching approximately 1.700 ports worldwide (ACP, 2013). Recent evidence exposes that 13 to 14 thousand vessels use the Canal each year (ACP, 2013). Economies of scale have been an important driving factor behind the idea of the Panama Canal Expansion.

Over the last two decades, the containerised fleet has been growing larger and beyond the Panamax limit. Orders placed for new ships have risen in recent years,  despite the economic recession which broke out in 2008. In 2012, we notice close to a 10% increase in container fleet capacity; 194 new deliveries of Post-Panamax vessels comprised with a capacity of more than 10, 000 TEU (ISL – Statistical Publications, 2012). A similar trend was noticed in the Dry-Bulk segment, which was determined by a surprisingly high contracting of new buildings.

The Panama Canal has not only the advantage of its strategic location, but also presents the opportunity for reduction of time and distance by eliminating thousands of miles from a vessel’s route. The need for deep water demands continuous dredging which has a major effect on the Canal’s physical and financial viability.
This, to a great extent, is in contrast to the Suez Canal which is already able to accommodate and handle Post-Panamax vessels.

By the opening of the new third set of locks in 2015, the Panama Canal will have the advantage to exploit the economies of scale by handling bigger ships with a greater volume of cargo, which, in turn, will have a major impact on the Canal’s revenues. Since the time the Canal commenced its expansion, prospects for increasing exports to Asia from U.S. Gulf ports, have already been boosted.
Having investigated in considerable depth the implications for the future of the Panama Canal, the writer is convinced that the Canal, will not only increase its viability as a way of transit, but also as a transshipment hub and business centre for Central and South America, doubling the capacity of the Atlantic and Pacific oceans (The Journal of Commerce, 2013).

Viewers can log on  here and read her dissertation OLYMPIA Final Dissertation PDF  and we look forward to your comments.

*This dissertation  was submitted for her degree  in MSc in Maritime Operations and Management at City University, School of mathematical Studies, London