They were a key factor in a lawsuit over the death of singer Michael Jackson; and could damage the chances of a leading Republican contender to be next president of the United States.

‘Smoking gun’ emails can ruin or expose the best-laid plans: don’t let it happen to you. This was the sharp warning at an International Underwriting Association market briefing in London from three partners of law firm Wiggin and Dana LLP, which operates from Connecticut, New York and Philadelphia.

Joseph Grasso, Michael Thompson, and David Hall insisted: “Email correspondence has to be treated in the same way as paper correspondence. Never send an e-mail that you would not want to see on the front page of the New York Times.”

This is easier said than done: Mr Grasso said that the team’s presentation to the audience of underwriters, compliance officers and claims executives would include some costly examples of stupidity, including many mundane faux pas.

The three men said that risks inherent in electronic communication could have an enormous impact on the outcome of litigation and on the compliance programmes of companies.

In the ‘smoking gun’ category, Mr Grasso – whose daily work often has an emphasis on liability marine insurance: he is counsel to the American Institute of Marine Underwriters and the Inland Marine Underwriters Association – cited the recent so-called Bridgegate scandal.

This had raised questions about the conduct of New Jersey governor and potential presidential contender Chris Christie. Emails had emerged from the subsequently-fired deputy chief of staff of Mr Christie to a traffic controller indicating his administration had caused four days of traffic gridlock by blocking lanes on the George Washington Bridge to the borough of Fort Lee, where the mayor had declined to endorse the governor. This looked to have harmed Mr Christie’s reputation throughout the US.

Mr Grasso warned that people tended not to be diligent in checking their work. He described what happened at the law school of the biggest state university system in the US, the University of California at Berkeley. The director of admissions had to apologise after accidentally sending an email to at least 3, 500 applicants congratulating each one on being admitted and inviting them to a reception. The mistake happened when the director was trying to demonstrate a software programme to a new staff member.

Mr Hall, a former federal prosecutor, warned that it was becoming common to apply for search warrants because emails were such a rich source of date.  The traffic could be used to prove the existence of a conspiracy, because in emails there were at least two people communicating.

He said that  ‘smoking gun’ emails have been used as evidence in civil cases by plaintiff employees at numerous companies and repeatedly been cited in claims of racial discrimination and sexual harassment. One of the largest out-of-court settlements was over a harassment lawsuit as a result of which four female employees of Chevron Information Technology (a subsidiary of Chevron Oil) received $2.2m. The women said they had endured up to 20 years of sexual harassment, including receiving violent pornography through inter-office mail.

A little off-the-cuff comment in email could lead to a big class action, which in one $200m case involving a US pharmaceutical firm morphed after an unguarded email comment  into a separate class action to the tune of $3.75bn.

In the furore over the credit rating of derivative financial products ahead of the 2007 financial crisis, regulators homed in on emails including one saying: “It could be structured by cows and we would rate it.”

Mr Hall turned to the Apple v Samsung court clash. According to a news report, one of the jurors later explained that emails between Samsung executives, pointing out features on the iPhone they said they would like to incorporate, had been telling features of the case.

An alleged ‘smoking gun’ email was revealed in a lawsuit by the family of Michael Jackson. That was a message from the chief executive of AEG Live (the company producing Jackson shows) 11 days before the singer’s death. Jackson lawyers argued the email was evidence that AEG Live used Dr Conrad Murray’s fear of losing his $150, 000-a-month job as Jackson’s personal physician to pressure him to have the artist ready for rehearsals despite his fragile health.

Mr Grasso said that a party in a lawsuit in the US had an obligation to give to the other side everything that was relevant. States had rules that required the production of all relevant correspondence.

Facebook and Twitter comments were being used as evidence in civil cases. A respected White House National Security official was fired after he was found to have commented anonymously via Twitter for two years, despite the fact that he was doing this at home, at night. 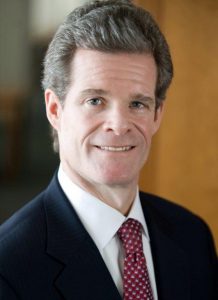 Mr Thompson spoke of dangers associated with email: its ubiquity, its speed, the lack of deliberation, ease of re-circulation, and its informality. Employees must be taught to “think critically” each time an email is sent. Organisations had to consider setting up a social media policy. “It is unrealistic to say, let’s get rid of it. Instead, you have to say there should be a reasonable use of Facebook etc.”  If the company manual refers to social media, you have to comply at home and at work.

He urged businesses to create and enforce a reasonable document retention policy: absent a common-law or statutory duty to preserve documents, there is no need to retain paper or electronic documents indefinitely.

A document destruction policy should address an organisation’s business concerns, including the ability efficiently to store and retrieve information. The document retention policy should be in writing, kept current, and cover all types of documents, including paper, email, instant messaging, and other types of electronically stored information. It is critical to establish a schedule for the retention and destruction of documents.

US courts have imposed sanctions in many forms for a party’s failure to produce relevant electronic communications. These have hit litigants, and attorneys, for deletion of Facebook accounts, content on Facebook, and text messages. Penalties for failing to preserve relevant documents can be severe, and attempts to delete ‘smoking gun’ emails only make matters worse.

The one exception is that attorney-client emails are privileged, but there are important limits to the privilege. An email does not obtain protection from disclosure simply by copying an attorney on the message or typing “Attorney-Client Privilege” at the top.  Disclosure to third parties defeats privilege.

A salutary case of email indiscretion involved Peter Chung, an associate at private equity firm Carlyle Group. Mr Chung lost his job because his personal email ended up on the front pages  of  the Wall Street  Journal and New York Times in 2001. He was forced to resign after boasting about his sexual exploits and lavish lifestyle in an email message to 11 friends at his old firm, Merrill Lynch. The message was forwarded to thousands of people on Wall Street including his new bosses.

The law partners referred to US Executive Order 13636: Improving Critical Infrastructure Cybersecurity. This focuses on building a framework for reducing risks to infrastructure such as the banking system and power plants from cyber threats. It is intended to be a voluntary compendium of best practice, but the Wiggin and Dana team expected it to be made mandatory at some stage.

The attorneys said that cyber liability insurance was bringing a relatively new insurance product into a mature market, without standard wordings so far.  Many syndicates wrote such policies, without much uniformity. Underwriters needed to take into account a changing regulatory and industry landscape, the increasing scope and amount of claims, coverage limitations, exclusions,   and enhancements.

The IUA,  which represents insurers and reinsurers whose London operations had overall gross premiums of £24.2bn in 2012,  has formed a cyber-liability group to monitor developments in the field.