The Sky’s the limit 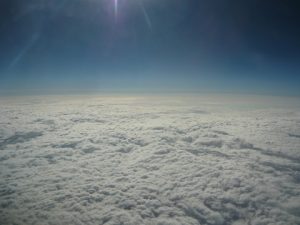 Tuesday 11 Feb 2014 – Technical advancements and regulatory changes could see many more unmanned aerial vehicles (UAVs) taking to our skies in years to come, but Lloyd’s underwriters are already insuring this fledgling technology. (source: Lloyd’s of London)

UAVs, or drones, as they are commonly known, are probably best known for their military applications, but commercial applications are increasingly mooted; online retailer Amazon has developed drones that it believes could one day deliver packages to consumers.

UAV military technology is now beginning to find uses in civil applications, with Amazon’s delivery drone being just one example, according to Humberto Gonzalez, robotics engineer and assistant professor in the Department of Electrical and Systems Engineering at Washington University in St. Louis.

“Some of the next steps for drones could be autonomous UAVs that guard your home when you are away, flying publicity drones inside shopping malls, or flying cameras for sport events, ” explains Gonzalez. “The technology is mature enough to deploy some, although basic, versions of all these applications today, ” he adds.

Large unmanned aircraft systems are still primarily confined to the military, but there have been strides in the development of smaller vehicles, according to Jay Wigmore, an underwriter at Kiln, just one of several Lloyd’s managing agents that insure UAVs. “These unmanned systems can be a cost effective and safer way of checking power lines, bomb disposal, or in some cases replacing helicopters and aircraft used for crop dusting, filming events or by the emergency services.

“The scope of use is only now being realised, so there is an opportunity for insurers if the market for UAVs develops as expected over the next ten years or so, ” says Wigmore.

As the UAV technology advances and interest in the sector grows, enquiries about insurance cover have been rising, according to Paul Coombes, Partner in the aerospace division at insurance broker Jardine Lloyd Thompson. “Insurers are also showing more interest in insuring UAVs, with several Lloyd’s syndicates now offering liability insurance, as well as insuring the UAVs themselves, ” he says.

For Amazon’s drone delivery system to get off the ground, the company will have to solve numerous technological challenges, such as longer battery life or getting the drones to think on their own, according to Gonzalez. “However, technical challenges may be more easily solved than the seemingly more simple issues of regulation and insurance, ” he says.

Regulatory constraints in the US and Europe mean that UAV usage is currently limited and tightly controlled, especially in the US, according to Patrick Slomski, Partner in the aviation team at law firm Clyde & Co. Rules differ by country, but generally commercial UAV’s must abide by the same civil aviation rules as manned aircraft, he explains.

“If using a UAV for commercial purposes in the UK, operators will need a license and must comply with Civil Aviation Authority (CAA) rules for manned aircraft, as well as purchasing minimum levels of liability insurance, ” says Slomski.

Regulation of UAVs is still an emerging area, however civil aviation authorities in the US and Europe, are looking to gradually amend regulations to accommodate UAVs, with safety a priority, according to Mark Welbourn, Partner and aviation specialist at Kennedys Law LLP.

For example, in June 2013 the European Commission adopted a Road Map for integrating UAVs into the European aviation system from 2016 onwards. Similarly, the CAA has already issued several hundred licences in the UK for UAVs, but restricts them to operating below 400ft and within sight of the controller.

There are also proposals under consideration in Europe to harmonise liability for operators and introduce a more sophisticated insurance requirement that reflects the size and weight of a UAV – currently EU regulations impose the same minimum level of liability insurance for all commercial UAVs and manned aircraft.

“Insurers will be assisted by anticipated regulatory changes, ” says Slomski. “Changes to insurance requirements might allow underwriters to offer a greater range of covers and make premiums more appropriate to the risk, ” he explains.

A future without pilots

Amazon’s vision of a fleet of UAVs delivering parcels is currently some way off, and such automated out-of-sight drones would require significant changes in regulation, according to Slomski.

While we are not likely to see Amazon’s drone plans realised for many years, conceivably it could happen, according to Wigmore. “When it does the insurance industry will be there to support it, ” he says.