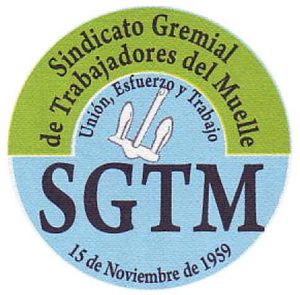 ITF president Paddy Crumlin today put the main stevedoring company in Puerto Cortés, Honduras, on notice that it has to act to end intimidation of union members.

Crumlin protested to the manager of the ESTIR stevedoring company, after learning that Carlos Alvarado, treasurer of the ITF-affiliated SGTM dockers’ union, had been unfairly sacked. ESTIR is a contractor for ICTSI, which took over the port concession last year.

He told the manager: ‘We strongly support the SGTM’s efforts to secure a collective bargaining agreement for its members in the port and believe that those working to further this cause are facing victimisation and intimidation.

‘The international dockworkers’ community is closely watching this situation and hoping for an end to the abuses and intimidation which seem to have become commonplace in operations at Puerto Cortés.’

The ITF is contacting the Honduran Minister of Labour and Social Security regarding this situation and making ICTSI aware of its concerns.

The ITF also continues to act in support of union leader Victor Crespo whose father has been murdered and who has been forced to leave his home because of threats and attempts on his life, all as a result of his trade union activities.

Rybolovlev-Bouvier dispute back in play

Caution for the Dry and Wet Markets as...