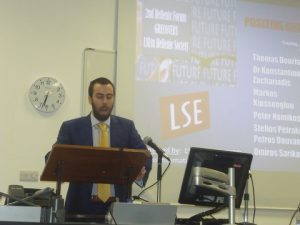 The 2nd Hellenic Forum, GRECOVERY, with the LSEus Hellenic Society on Positive Greece earlier on at Tower 1 GO1 at the London School of Economics was more than a success and a positive sign, sending the message that Greece’s new generation in all fronts indeed looks forward for a better future and hope that Greece’s establishment gets the message and change course to a more just a transparent environment, otherwise the bird has flown…

Creativity, innovation and success account for an ever-increasing portion of Greek reality. The organisers were pleased to host entrepreneurs and young professionals from different backgrounds who are willing to share their success stories with us, and they did so to their best of their ability. It was a great opportunity to learn from their experiences, absorb as much advice as possible and get inspired, which we did. Suggestions of potential changes not only in individual but also in social, technological and economic level will take place at the expense of traditional techniques: a good challenge too”

Theodoros Kalambokis introduced the event at an almost full house; the presence of the press and media, supporters of the Positive Greece and members from the Greek Embassy made it even more important given their wholehearted participation in the debate on Q&A time. 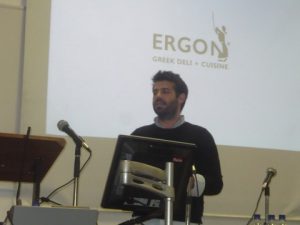 Thomas Douzis, the first speaker and ERGON’s innovator, a very vibrant young man full of down to earth enthusiasm born in Thessaloniki in 1983. He studied Applied Informatics in Economic Science with a focus in online branding at the University of Macedonia. Throughout his studies, Thomas found himself intrigued by branding and graphic design. Combining this with the family’s tradition in the Greek food industry, he decided together with his brother George to create the company ERGON. The company now distributes more than 1000 Greek traditional products from 150 artisanal producers in 8 ERGON shops in Greece and UK. ERGON, supplies more than 300 outlets in 11 countries. Suggest you make a tour around in central London and see their products as well as in other places/cities in Greece and elsewhere. The ERGON DELI + CUISINE is not just …food for thought, it’s in my view a very well developed idea which slowly slowly gains the upper ground! He was warmly applauded! 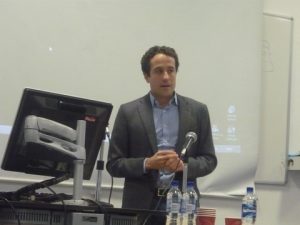 Then come Peter C. Nomikos, whom we have heard last year in London’s Hellenic Centre and indeed gave us the hope which he continued with his presence again and excellent delivery on this occasion.

Nomikos is a businessman living and working in London, Athens and USA. In Greece he has founded, the “Santozeum” museum in Santorini, “Volkan” Beer of Santorini and is also the operator of Greece Debt Free Inc., a US non-profit with a related Greek charitable entity. His family comes from Santorini and are ship-owners and venture capitalists. His unique delivery and replies to various questions suggests the full success of Debt Free Inc. and all his other activities. I guess, he should be invited to take up a post in Greece for furthering our nation’s positions – hope he would respond! Many Congrats form all of us at all about shipping as he has also “representing” the shipping traditional fraternity’s sector! 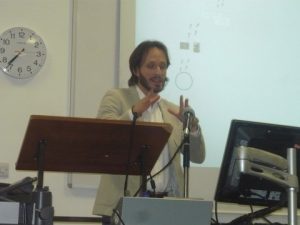 An academic now, Dr Konstantinos (Kostas) E. Zachariadis  an Assistant Professor of Finance at the London School of Economics (LSE). He is, additionally, affiliated with the Financial Markets Group and the Paul Woolley Centre, both at LSE. His research interests lie in the areas of Market Design, Financial Derivatives, Hedge Funds, and Corporate Finance and Governance. He received his PhD in Managerial Economics and Strategy at the Kellogg School of Management of Northwestern University. Furthermore, he holds an MSc from Northwestern University and a Diploma from the Aristotle University of Thessaloniki in Greece, both in Electrical and Computer Engineering. He is also a Fulbright Scholar, and a Fellow of the Royal Society for the encouragement of Arts, Manufactures and Commerce (RSA). His presentation was a great encouragement and seems he has followers given the strong applaud by the audience! 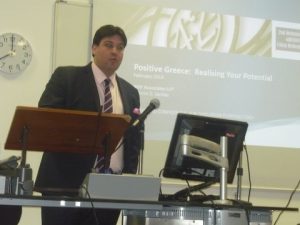 The ever formidable Omiros Sarikas took the podium and delivered an interesting slides presentation with tangible facts. Omiros is a Mergers and Acquisitions (M&A) financier at AHV Associates LLP, an award winning London-based advisory firm which in recently announced the transatlantic deal of Interval Leisure Group (NASDAQ: IILG) with Club La Costa Group. Prior to AHV, he was mainly involved in private equity transactions, such as Cinven’s acquisition of Sebia for €800 million from Montagu Private Equity.

Omiros has ongoing collaboration with various VC and PE funds advising on investments and  financing as well as portfolio growth.  He has worked on projects in London, Zürich and New York for funds of various types and sizes (from $200 million to $20 billion of assets under management), including Welsh, Carson, Ares Life Sciences, Cinven, ECI Partners, Silverfleet Capital and Hutton Collins to name but a few.

Omiros holds many qualifications including the CCF title from Chartered Institute for Securities and Investments and read MIS, business and finance at LSE, Cass and LBS respectively.  In 2011 he was recognised as an M&A ‘Young Gun’ of the Year by ACQ Magazine, in 2012 he was admitted as a Freeman to the Worshipful Livery Company of International Bankers (WCIB) and in 2013 he received the Freedom of the City of London by redemption.  He is also a Fellow of the Royal Society of Arts (FRSA) and supports the WCIB Court in raising awareness for the Lombard Prize initiative at his alma matters.

He was also applauded and most importantly he greatly contributed to all speakers’ Q & A time; excellent! 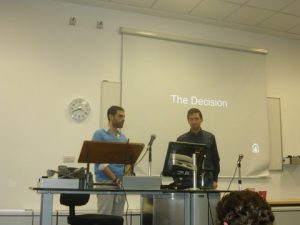 Then come a very powerful duo without being …evil as they say;   Stelios Petrakis and  Petros Douvantzis. Their very excellent presentation together with their success story so far will remain always vivid in all of us who had the pleasure and the chance to listen. No read who they are:

“We are Evil Window Dog, a two man mobile development studio from Thessaloniki, Greece. We are both the cofounders and sole developers of the company. Stelios Petrakis holds a Master’s Degree in Computer Science and has more than six years of experience as a web developer. He has previously worked on a big technology company in Greece but decided to resign and pursue his dream of creating his own development studio. Petros Douvantzis holds an Engineer Diploma in Electrical and Computer Engineering and a Master’s Degree in Computer Science. He has previously worked as a research assistant in Computer Vision and Robotics Library at F.O.R.T.H. Greece. We know each other for quite some time (10+ years) and we have worked together in multiple projects in the past, so the idea of forming a company together to work on our passion came really naturally.” It seems that the Greek establishment should be more than pleased as well as all greeks with their unique invention and success! The were also warmly applauded and they where surrounded by many to discuss further their Horizon app and other applications and their “networking” continued at the LSE’s local…! 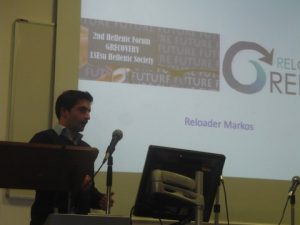 Young Markos Kiosseoglou made it the last moment following an additional announcement from the organisers. Having met Markos at the House of Hellenes during the London Olympics and his inspirational team of Reload Greece, lunching and presentations, I was very eager to listen their latest successful developments and his commandments!  Markos inspired by the Reload Greece movement has become a full time Reloader with the mission to inspire and educate other passionate and innovative people to launch game-changing ventures related to Greece.

Markos holds a bachelor degree from Warwick Business School and an MBA from Northeastern University. He has worked both in startup and multinational companies such as Siemens , Expedia, Kopi.co.uk and CustomMade.com

He once thought he could swim from Sifnos to Folegandros or do a cross-country in the US for free. It didn’t happen but he still has hope. On the other hand, he did manage to run the Athens Classic Marathon in 6hours and has a great passion for Waterskiing.

In a very vibrant athmoshere at the drinks “debate” more than 10o supporters continued until late with delibeartions on hte issues discussed. This event never ends and watch this space! Their next one 28th February Event “What’s next for Greece’s Economy?” on28 February 18:00 – 21:00 @ LSE, open for the general public, is another event not to be missed! 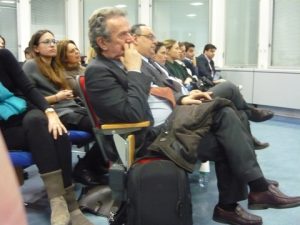 A view of the audience, left row

The event will be focusing on the present and future of the Greek economy. Our distinguished speakers will present on their view on the current on-going and devastating economic crisis in Greece. But our aim is to go a step further and propose sensible solutions to major problems that undermine the so much needed … Grecovery.

From exploring the latest trends in the economic environment to the latest crucial developments in the Greek banking system, this is an event that no one interested in understanding if Grecovery is a reality or a myth should miss. See you there!