The Ukrainian saga opens the Pandora’s Box of geopolitics 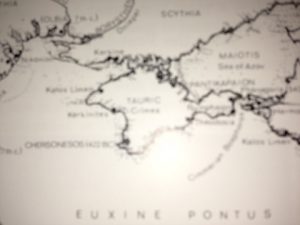 We have well in advance warned you of the unpredictable, but  predictable things by us, unfolding there and our major concern is the economic and other sanctions from both sides which will affect at the end of the day millions of people and have incalculable repercussions for many more world-wide…  The shipping industry is closely watching the events enfolding in the region and its periphery, repeat “and in its periphery”, and same will be greatly affected, even if a secret deal is strike, due to nepotism and arrogance from both sides. John Faraclas writes:

I guess that all those who preserve and priest all these verbalism oon and of democracy, invasions etc., etc., next time round think twice before they embark to take advantage of humans and use the supposed freedoms and wellbeing for their own purposes. This is exploitation of the worse kind and the international press should distance themselves from this conflict. Let the “protagonists fight same alone! How about this for a change! Imagine if the public really revolts what might happen to the political leaders and their cronies from both sides, needless to say to the proxies involved…

Europe is going through a very difficult time and peace at any cost is needed. If Europe and in particulalry the European Union need energy support and supplies, there are other areas within the European Union borders which can cover and make the difference; any objection…?

Crimea has given in the past international tremors and if one visits the monument down in London’s West End, located on Waterloo Place, at the junction of Regent Street and Pall Mall in honouring those fallen during the Crimean War in 1853-56, can surely get the message.

How well are prepared the world leaders to combat an escalation in piracy and terrorism not just in the region and its adjacent periphery, but beyond? How well the opposing parties are organised to protect seafarers on board ships in the affected areas ports, canals etc., etc?