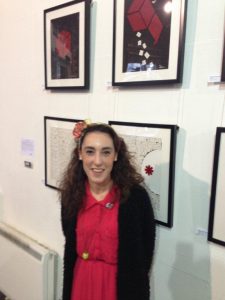 Surrealism and sensibility: London artist Mónica Andrés Alvarez is inspired by the great women painters and by film director Almodóvar,  By James Brewer

In just over a year of successfully exhibiting her work on the London art scene, Madrid-born Mónica Andrés Alvarez has established herself as a conceptual artist to watch. She is informed by a kaleidoscope of inspirations, ranging from daring women artists of past and present, to the great Spanish film director Pedro Almodóvar.

Mónica is one of the heirs to the fine surrealist tradition of Spain and other Continental countries, drawing from it by turn elements of sensitivity and sensuality. Like most of the best works of surrealism historically, her paintings are based on simple pictorial concepts, while embracing deep layers of meaning.

She began to recognise this duality earlier in her life when she saw what was to become one of her favourite films, the hugely successful comedy directed by Almodóvar entitled Mujeres al borde de un ataque de nervios (Women on the Verge of a Nervous Breakdown). She still identifies herself with traits of one of the characters, Pepa, who is plunged into a vortex of emotions as she tries to sort out her life. 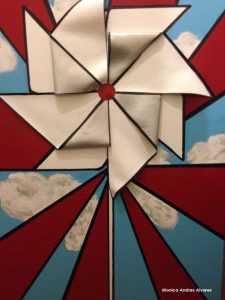 While Mónica has thankfully herself stayed far from the brink of a nervous breakdown, she was touched by the interpretation in the movie of “a moment that every woman has in her life, believe me.” She says that Almodóvar goes beyond the surface to “answer my deeper questions as a woman, and as a human being.” The film eventually helped her to the realisation that women in England have in a certain respect had their independence for such a long time that their role in society is different. In the movies of Almodóvar, women are portrayed as closely bound up with love and family, “and somehow those feelings make me feel attached to those characters, I have in me something of all them. They are fighting for a deep culture and at the same time independence… or for the freedom to express their passion.” 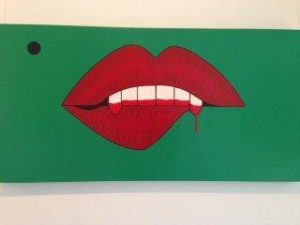 In the light of this sensitivity to the labyrinth of female passions so well conveyed by Almodovar, Mónica found herself contemplating the paradoxes in her own life. “If one of the aims of surrealism is to resolve the contradictory conditions of dream and reality, then that is the case with me… as I spend most of my time dreaming, ” she said, adding with a smile: “Most of my friends and family could you tell you that. Maybe I am thinking about how to act in a different way to reality.”

Thus, in her artistic practice, “my process begins with the imagination, yet strives to express universal truths inherent in personal subjective experience.”

Mónica displayed a talent for painting and sketching from the age of six, arousing the attention of her teachers, but her parents advised her to widen her studies. This led her to achieve a Diploma in Advertising, Public Relations and Marketing at high school, and to qualify at university in Management and Business for Tourism. That set her on a first career, five years in which she acquired much knowledge of different cultures and countries.

A Butterfly has been Kissed. By Mónica Andrés Alvarez.

Her love of art and design bubbled to the surface again, and she returned to university to complete a Masters in Graphic Design and Web Sites. In 2007 she achieved her dream of moving to the UK, first to Scotland and then to London, studying event management for creative industries at Central Saint Martins.

2012 was a banner year for her: she met Nora Velazco from Buenos Aires, an abstract artist who was also a newcomer to London. The duo quickly became close friends.  “Nora believed n my art, and introduced me to Carlos de Lins, director of the Espacio Gallery in Shoreditch, and this was when I began to find myself as an artist.”

Artistically, Mónica and Nora plough deeply contrasting furrows: Mónica deploys precise draughtsmanship in her output, while Nora is an abstract expressionist who makes a virtue of spontaneity, but they see themselves as complementary – and they had a joint show under the title Ignited Passions at Espacio in September 2013. What they did find in common was admiration for Almodóvar, which was the nexus of the joint exhibition. The two artists agree too that art means freedom to follow your aspirations, without limits. They consider London a particular gateway to open expression  – neither has exhibited in public in their native countries. Despite their different approaches, they are mutually supportive. “We make a good team, ” says Mónica.

Broadly speaking, influences upon Mónica’s creations are meditation, pop art, and her expertise in publicity, fashion, architecture and graphic design. She says: “While my oeuvre clearly hints at unconscious truths, I reject the idea of ‘perfection’ and embrace the beauty and truth stemming from the ‘mistake.’” 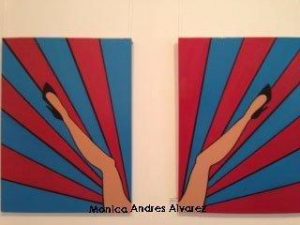 Reflecting her unquenchable curiosity, Mónica has a host of favourite artists from whom she derives inspiration – “there are so many, and I am always learning something new with each of them in one way or another, ” she says. “I am not attracted just to their art, but also to the person behind the art. Moreover I seek to support women artists in such a way as to dignify the place that they deserve.”

One such artist whose personal story elicits admiration is Frida Kahlo, the Mexican artist who recorded her physical and emotional suffering on the canvas in vivid colours; another is the glamorous Polish-born Tamara de Lempicka whose individuality was expressed through her elegant art deco portraits. Mónica loves the originality of approach of the late Louise Bourgeois, the French-American sculptor, painter and printmaker who worked in a wide variety of materials and scale.

Those whom she has the pleasure to know in person include Lisa Kreuziger, a German-born painter influenced by abstract expressionism, and Malaga-born Esperanza Gómez-Carrera, who in the last few years has exhibited in London, Spain, Argentina and Peru, showing sculpture installations, drawing, painting, and photography.

She recalls seeing when younger a Spanish sculptor named Torino at work, and later in London she met the conceptual artist Mali who “as an artist and human being I think is exceptional.” 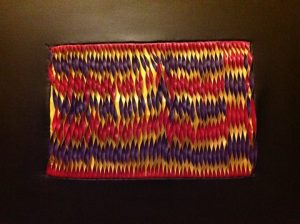 Japanese artists and photographers such as Fuke P-san have also captured her attention. Fuke P-san uses digital techniques, regarding light as “the colour of the paint” in the process of making “dreamlike colour worlds.”

The list of such role models could be infinite, she says. “I just love them because they are fighting for their passion.” There is little doubt, though, that Mónica channels her enthusiasms into work that is demonstrably of her own style and that will prove of memorable and telling worth.

The Ukrainian saga opens the Pandora’s Box of geopolitics