VIKING goes against the flow in a tight global market

Announcing its results for the 2013 financial year, VIKING Life-Saving Equipment A/S has again  led the way in its industry, achieving growth in both turnover and profits for 10 straight years.  In doing so, the Danish-based company with a worldwide presence has once more beaten the  odds in an industry plagued by reductions in passenger and cargo ship newbuilds, falling exchange rates in key markets, and downward price pressure.

Adjusted for falls in the US dollar exchange rate, currencies pegged to the dollar, and European
member state non-euro currencies, the company’s turnover for 2013 increased 6 percent to DKK
1.612 billion. Profit before tax grew more than 20 percent to a record DKK 141.2 million. 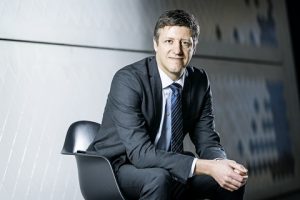 “Our earnings have now reached an appropriate level for a healthy manufacturing company, ” says
VIKING CEO Henrik Uhd Christensen. “In 2013, VIKING achieved moderate growth in turnover,
and the increased profit level primarily reflects internal improvements. We have, in fact, been able

to reduce the costs of administration, logistics and production while simultaneously strengthening
customer service.”
Long-term strategy in a sluggish market
As one of the world’s leading manufacturers of maritime safety equipment, VIKING is closely tied
to the newbuild market for passenger and cargo ships, a market that has been declining in recent
years. Southern European countries, in particular, the traditional stronghold of ferry traffic in the
Mediterranean, are still feeling the effects of the economic crisis. Moreover, low economic growth
rates in several large markets have had considerable influence on global cargo traffic which, in
turn, affects contracts for new cargo ships.
“We have been able to handle the worldwide market saturation of recent years because VIKING’s
owners take a long-term approach to expanding our global market position, focusing on growth and
making sure we are right where our customers are, ” says Henrik Uhd Christensen. “During the
crisis years, we have continued to develop a competitive product portfolio based on concepts and
services tailored to each customer’s specific needs.”
Offshore market continues to grow
Henrik Uhd Christensen points to the VIKING Shipowner Agreement, where his company offers to
take care of all aspects of a shipowner’s safety equipment and servicing tasks for predictable,
transparent prices. It’s a concept that addresses shipowner needs for flexibility at a time where
access to financing is limited, and has quickly become the industry’s gold standard since its launch
four years ago.
With its broad product portfolio, VIKING has also been able to compensate for slower activity in
some market segments by expanding in more promising ones. Here the offshore industry stands
out, with growth rates fueled by continued high oil prices.

“As the hunt for new oil and gas discoveries moves further from shore, higher-quality safety
equipment and servicing arrangements are necessary, ” says Henrik Uhd Christensen. “With a
product range well-suited to the North Sea and polar conditions, and with a specialised offshore
business unit based in Norway, VIKING is uniquely positioned to dominate the offshore market for
the foreseeable future.”

Despite difficult prevailing market conditions, VIKING expects to see growth both in turnover and
profit during 2014.

“We are again facing a challenging year where there is little room for improvement in newbuilds, or
strong growth in other areas. We expect the passenger and cargo markets will marginally improve,
and that the offshore market will continue to show its strength. Within these largely unchanged
parameters, we will continue to be on the offensive with our products and services, tailored to
individual customer needs, ” says Henrik Uhd Christensen.
The positive earnings for 2013, combined with a conservative dividends policy, have contributed to
further strengthening the company. VIKING’s equity at the end of the financial year amounted to
DKK 617.2 million.