Exhibitor figures at the world’s largest marine technology and ocean science show were higher than ever before with 528 exhibiting companies from 35 countries.

Vessel movements in the display area outside the show also proved a record-breaker with 148 movements during the three days with 1198 people aboard (902 of them visitors) and a record number of 13 visiting vessels. 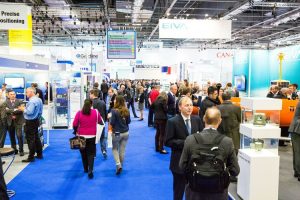 Full, and audited, figures including the number and breakdown of countries, will be available in mid April on the Oceanology International website www.oceanologyinternational.com

In addition to a vast number of launches at the show – many of which can be read about in the online preview atwww.oceanologyinternational.com/Exhibitor-Directory/News-Products–Services-at-OI/  there were reports in plenty from exhibitors during the show: 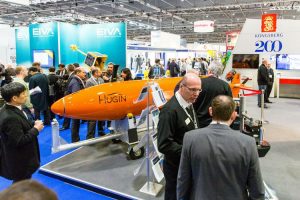 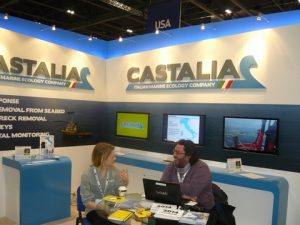 Further news can be found in the show dailies online in pdf format at www.oceanologyinternational.com/Media-Centre/Show-daily-2014/

Dr Rick Spinrad received the OI Lifetime Achievement Award; Roger Scrivens of RS Aqua was named AMSI Business Person of the Year, and Dr Colin Grant was presented with the Alan Greig Memorial Prize for outstanding contribution to commercial operational oceanography. The citations for each can be found on the Catch the Next Wave website at  www.ctnwconference.com/2014-Awards-/website 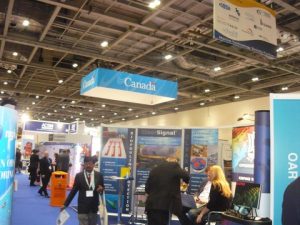 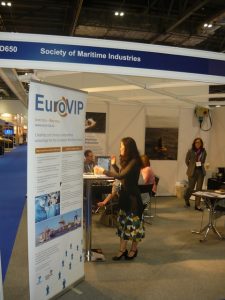 The Society of Maritime Industries stand

This followed the successful co location of Interspill 2012, where UKSpill is a key element, with Oceanology International, both in 2006 and 2012.

The opportunity for development of Spillex, as an exhibition platform for the spill industry, was to build on its synergies with Marine Science, which had been demonstrated at previous editions of Interspill held alongside Oceanology International. 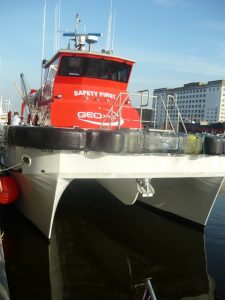 At this initial event, UKSpill led with a pavilion, showcasing both member companies, Fosse Liquitrol, Wilton Biotechnologies and Opec together its EU project partners, Project Netmar, from Porto University in Portugal, and from the Kill Spill project, EPE from Greece and Ecots from Italy. In addition, another 20 UKSpill member and other companies, both from the UK and from across Europe, exhibited within Spillex Zone.

Roger Mabbott, Executive Director of UKSpill, said that this level of support for Spillex, as a new venture, was more than proof that this cooperation with Reed is both a success for its members and partners, and a base to develop in the future. 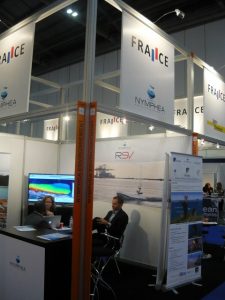 The Nymphea of France stand

Full information on all aspects of OI2014 and Spillex is online at www.oceanologyinternational.com 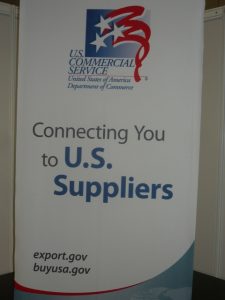 And the super power was there too!

Oceanology International 2016 (11-13 March 2014, ExCeL London, UK): will build on the success of the 2014 show and combine a major exhibition, Spillex 2016, a far ranging conference programme and waterside demonstrations.www.oceanologyinternational.com 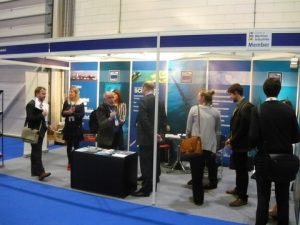 Oceansp@ce: Oceansp@ce is an online and free-of-charge resource which delivers hand-picked news from the world to the marine science and ocean technology community. www.oceanspacenews.com