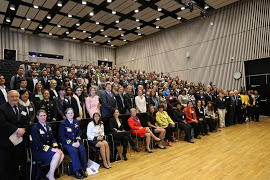 Malmö, Sweden – 2 April 2014 – The Maritime Women: Global Leadership International Conference was an unprecedented gathering of female maritime leaders from around the globe, representing all areas of the maritime sector. Over 265 participants, both male and female, representing 74 countries came together to focus on gender equality and capacity building for the maritime sector. From 31 March – 1 April, the World Maritime University (WMU) hosted the event that was delivered in cooperation with the International Maritime Organization (IMO). WMU hosted their first conference focused on empowering maritime women in 2008.

Pamela Tansey, Senior Deputy Director of the IMO Technical Cooperation Division, established IMO’s strategy for the integration of women in the maritime sector in 1989. She remarked that “Having been to conferences on gender and on capacity building for the maritime sector, I don’t think I’ve ever seen the subject taken so far ahead before, partly because we have had a collaborative approach with men and women in the room…There is also not a single geographical region that has not been represented here…This conference hasn’t looked at the challenges per say, it has looked at the challenges and how to move forward from them.”

The numbers of women in maritime professions are increasing and a sustainable shipping industry will logically include more female maritime professionals as it does not make sense for nations to potentially exclude half of their human capital. In order to attract women to maritime careers and promote equality it was suggested that formal strategies may be required to overcome challenges inhibiting women in the maritime sector. Such strategies could include reserving spaces for women in training programs. Short and long term goals for gender equality were recommended with corresponding timetables to ensure progress. 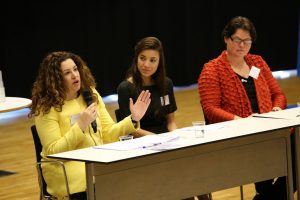 Overall, gender equality was emphasized for both women and men. Specific recommendations included continuing professional development programs so all individuals who require a break from the profession can maintain their skills at appropriate levels for workplace re-entry. The strength of education and mentorship were also recognized as key to the advancement of all individuals with participation in national and international associations highly recommended. Further, in such a global profession, understanding of cultural differences was deemed invaluable and the importance of international exchanges for students was emphasized. 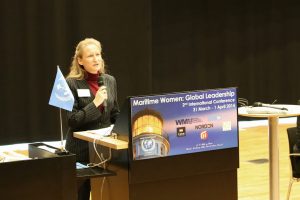 There was an overarching understanding that suitability to maritime careers had less to do with gender, and more to do with an individual’s ability. Katharina Stanzel, Managing Director of INTERTANKO stated, “What we need to be aware of and honest about is that shipping is not for everybody. Whether they are male or female doesn’t really matter. It is a very special activity. Some parts of shipping require physical pain. They require people to be tired, wet, hungry, scared. It’s part of shipping. And there are women, just as men, who enjoy that challenge so let’s make it possible.” 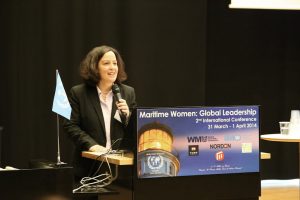 In her closing remarks, the Chair of the Conference Committee, WMU Associate Professor María Carolina Romero, reflected on the importance of the unique opportunity to hear from colleagues from around the globe who are employed throughout the varied maritime sector. She summarized overarching wishes revealed during the two-day event which include real and fair opportunities for women, as well as opportunities equal to those available to men in the industry. She also encouraged building the network of maritime women, “We can accomplish so much when we recognize the incredible strength there is in cooperation and consensus… I hope you all go home with greater awareness regarding your own power, and you share it. But most of all, please use it.”

Final outcomes of the conference will include a book to be published by the close of 2014. In addition, a Declaration in support of the advancement of maritime women was drafted with the intent of submitting it to the IMO Member Governments and IMO bodies.

The draft of the Declaration can be viewed here. https://drive.google.com/file/d/0B5VGmBAHJ2dZYkplTk5XNnlfSGc/edit?usp=sharing

Located in Malmö, Sweden, WMU is a postgraduate maritime university founded in 1983 by the International Maritime Organization (IMO), a specialized agency of the United Nations. The aim of WMU is to further enhance the objectives and goals of IMO and IMO member states around the world through education, research, and capacity building to ensure safe, secure, and efficient shipping on clean oceans. With graduates from 165 countries, WMU is truly an organization by and for the global maritime community and embodies the spirit of the United Nations.