The Transition from Printed to Digital Media 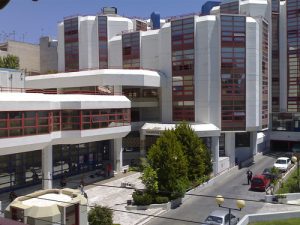 On 8th April 2014 at the University of Piraeus, a seminar took place on ‘Information Services regarding Maritime Shipping : The Transition from Printed to Digital Media’ organized by the Hellenic Association of Maritime Economists (HAME) within the frame of the second semester weekly lectures in University of Piraeus; George P. Evgenidis was there: 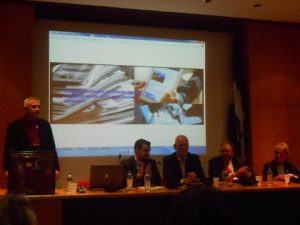 Mr. Ilias Bissias opened the lectures with a reference to a Greek motto that characterizes the shipping world and shipowners, λάθε βιώσας, meaning to live secretly, get through life without drawing attention to yourself , referring to the importance of information in the shipping world.

Ms.Gillian Whittaker stated that the people behind shipping as well as the whole business of journalism in shipping is changing dramatically.Ms.Whittaker also stated the importance of the weekly and the daily press , validated by the fact that Naftiliaki has a different team of journalists for the online platform , where it is important about the things you need to know today while the weekly edition offers a more in-depth point of view.

Mr.David Glass offered his opinion on the fact that the shipping world is surrounded by a low profile and secrecy , mentioning the fact that shipowners do not want to talk (or give their honest opinion) on the current or future state of the freight market because they do not want to give hints to their competitors regarding their future plans.

Mr.Nigel Lowry mentioned that we are in the middle of the transition , alongside with the fact that the last printed edition of Lloyd’s List was at the end of 2013, after over two centuries of printed publications which is a sign of the phase we are into.Afterwards a video about the most important shipowners in the history of Greece was shown including Aristotle Onassis, Stavros Niarchos and more.

Then the audience had the opportunity to ask questions to the speakers.When asked if there are any threats when releasing press that has a negative impact on the interests of several parties (eg.Shipowners) Mr.Lowry stated that as long as the journalist reports factually and correctly he has nothing to fear. Mr.Glass also stated that the job of the journalist is to pass on the facts as they are .

The seminar was concluded with Mr.Costas Chlomoudis (Profesor of University of Piraeus) announcing that the next lecture will take place on the 29th of April regarding the Sale and Purchase Market in Shipping.