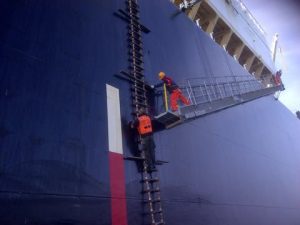 RTI Ltd, has announced that it has successfully been granted “certifying body” status by theUK Accreditation Service (UKAS). This means the company is now accredited under the International Accreditation Forum (IAF) framework to provide assurance assessment and accredited certification for the maritime security standard (ISO 28000 with ISO PAS 28007).

ISO/PAS 28007:2012 provides Guidelines for Private Maritime Security Companies (PMSC) providing privately contracted armed security personnel (PCASP) on board ships. It is the gold standard as far as the provision of protection onboard vessels, and so this is a significant milestone for RTI and the PMSCs it has certificated. 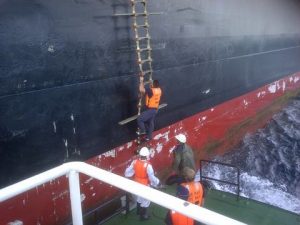 The standard and certification process was developed due to rapid growth in the number of maritime security companies and the implications of using armed guards onboard ships. There are many complicating factors when guards are employed, such as legal issues, rules for the use of force, safety concerns for seafarers, human rights issues and varying national regulations. ISO/PAS 28007 compliance demonstrates that private maritime security companies can provide appropriate services on board ships to the very highest standards.

Steve Cameron, RTI Maritime Director said, “As part of RTI’s own certification efforts the company had been working with a number of private maritime security providers in the UK, Middle East and India, and these are now awarded ‘accredited certification’ status thanks to RTI’s success.  We are continuing our work with the sector across the globe and are currently rolling out the ISO/PAS 28007 certification from our offices in the UK and USA.”

ISO/PAS 28007 covers a wide range of specialist areas that make the requirements for certifying bodies broad and inclusive of specialist preparation and expertise. RTI’s track record and knowledge of situational awareness and maritime risk management, international law, maritime security operations and incident management and reporting, paired with audits conducted by highly experienced Master Mariners, has provided additional value to PMSCs completing their ISO/PAS 28007 certification with RTI and helped them ensure that the marine elements in their supply chain are safe and secure along with all of the other issues covered by the standards.

RTI has worked closely with the Security Association for the Maritime Industry (SAMI) during the development of the standard and as it worked toward certification. Peter Cook, SAMI CEO, said, “We are extremely pleased that RTI has been confirmed as an ISO/PAS 28007 certifying body. The company has embraced maritime security and with their unique focus on quality and management standards will provide a superb route to certification and the excellence which such an approach brings.”

The companies newly certified ISO/PAS 28007:2012 with RTI are Alphard Maritime, Bowline Defense, Control Risks and Securewest who will attend a presentation at RTI’s London office on Friday 16th May.  Further details of the presentation and photographs will be issued following the event.