Harmonising LNG Bunkering in a safe and efficient manner 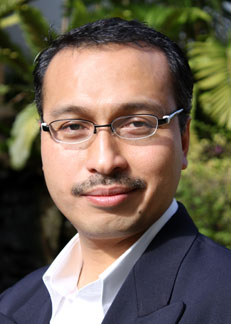 22.05.2014  – Doha, Qatar 22nd May 2014: DNV GL is launching a new Recommended Practice (RP) on LNG Bunkering in the Middle East & South Asia. The launch in Doha is in conjunction with Qatar’s announcement that it is going to establish a strategy of supplying LNG as a marine fuel in Qatar and the other countries forming the Gulf Cooperation Council (GCC); Per Wiggo Richardsen writes:

In the last 2-3 years, DNV GL has witnessed a significant change in the shipping industry’s opinion on the use of LNG as a marine fuel. There is no longer any doubt that LNG will become one of the major shipping fuels. A few weeks ago, the milestone of 100 LNG-fuelled ships either already operating or as confirmed newbuilds was passed.

Whilst these impressive developments have been ongoing, the development of international standardisation has lagged behind. The first step in addressing that gap was the publication of the ISO Committee’s draft guideline on LNG Bunkering in June 2013. As a further development and on the basis of the ISO principles, DNV GL has prepared a Recommended Practice for LNG Bunkering, the overall objective of which is to establish the guidelines and recommendations required to protect people and the environment during the development and operation of LNG bunker facilities.

The achievement of safe and reliable operations is based on international laws and standards, practices in similar industries and DNV GL’s extensive experience in the entire LNG value chain. The RP provides an internationally accepted starting point for any development and safe operation of bunkering facilities.

DNV GL expects the market to develop and that the ship types using LNG will increase from short-sea to long-haul trade. There will also be a greater need for harmonisation to ensure safety and efficiency in the bunkering process worldwide, primarily to safeguard those who are involved and uphold the LNG industry’s excellent safety track record.

“Another important reason for launching the RP is to minimise the barriers to entry in this market by establishing common equipment and procedural requirements worldwide. This will allow more players to enter the market so that individual ships are not limited to bunkering in just a few locations, ” adds Mr Osman.

According to Mr Abdul Aziz Al Muftah, Director of Industrial Cities, Qatar Petroleum (QP) and Chairman of the Steering Committee on LNG as Fuel: “The forthcoming international environmental regulations will create a demand for more LNG-fuelled ships. Concrete initiatives will be taken by Qatar Petroleum to build the first LNG-fuelled harbour tug for the Ras Laffan port and the first two LNG-fuelled offshore service vessels (OSVs) for QP offshore fields.”

The DNV GL RP will be a useful tool for building the necessary regulatory framework to ensure safe and reliable bunkering operations for the above future LNG fuelled vessels.

Over the past 14 years, DNV GL has collaborated extensively through Joint Industry Projects (JIP) and direct engagements in both the maritime and gas industries and across the entire LNG value chain to discover the feasibility of LNG bunkering in all the key shipping locations worldwide. This collaboration has been one of the keys to our success. The list of engagements covers North America, Norway, Rotterdam, Antwerp, Sweden, Australia, Korea, Singapore and Qatar to name a few locations, all of which have resulted in positive outcomes as to the feasibility and viability of having LNG supplied and bunkered as marine fuel.

About DNV GL
Driven by its purpose of safeguarding life, property and the environment, DNV GL enables organisations to advance the safety and sustainability of their business. We provide classification and technical assurance services along with software and independent expert advisory services to the maritime, oil & gas and energy industries. We also provide certification services to customers across a wide range of industries. Operating in more than 100 countries, our 16, 000 professionals are dedicated to helping our customers make the world safer, smarter and greener.