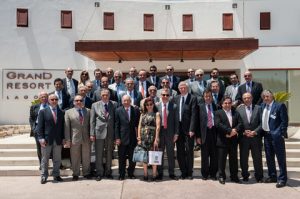 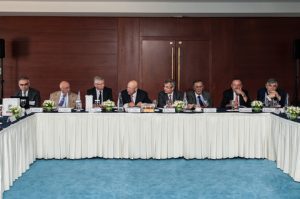 The meeting, chaired by Mr. George Procopiou, started with the announcement of the new Committee Members:

Mr. Didier Michaud-Daniel presented the Bureau Veritas Group Activities for the year 2013, which showed once again a continuation of the strong growth of the Group.

Mr. Philippe Donche-Gay presented to the members of the Committee the Marine & Offshore Activities for the year 2013.

Mr. Lambros Chahalis presented the latest Marine & Offshore Activities in the Hellenic & Black Sea Region, including the great response and acceptance by the local shipping community. This has been materialized by record number of transfer of class ships & new buildings entrusted to Bureau Veritas. 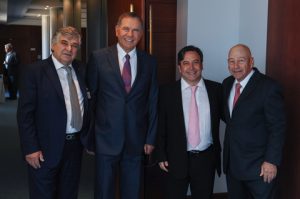 Mr. Jean-François Segretain presented the technical developments within Bureau Veritas focusing on containership safety introducing innovative new rules which account for actual loads as opposed to the more conservative North Atlantic conditions. Bureau Veritas is pioneering new techniques to study phenomena like whipping and springing which are not fully understood or considered in the design of “flexible” slender vessels like Lakers, VLOCs and ULCCs. In the same spirit, he discussed the technique applied by BV to study the alignment of shafting taking into account the deformations of the Engine Room 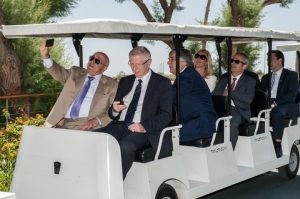 Dr. John Kokarakis then discussed the challenges associated with the selection and installation of Ballast Water Treatment Systems. Given the large number of required retrofits, the short time available and the extended scope of class approval, review and approval of the design is a challenge by itself. The convention allows for application of advanced tools like 3-d laser scanning and flow cytometry. It is necessary to study all available systems in great detail in order to be able to select the most suitable one. On the other hand caution should be exercised to preserve coatings and the targets of reduced CO2 emissions.  Global and local currents might render the treatment process meaningless. 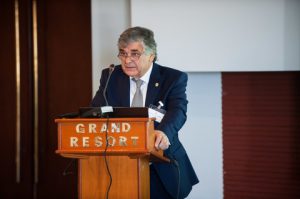 Special guest of the event was the Managing Director of The Republic of the Marshall Islands – International Registries Inc., Mr. Theofilos K. Xenakoudis.

All participants to the Committee meeting concluded the day with a lunch at the “Kohylia” Restaurant of the Grand Resort Lagonissi.

Caption of photo no.3: