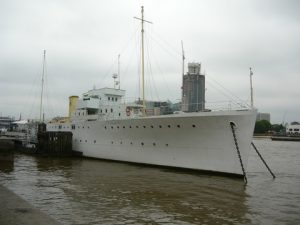 The HQS Wellington where the launhing of the MEF took place

Seafarers’ charity Apostleship of the Sea (AoS) has launched a maritime emergency fund which aims to provide fast and modest cash grants to seafarers in difficulties. The event took place early last night on board the HQS Wellington, at Temple Stairs, Victoria Embankment with a pre and aft reception, attracting nearly 100 guests.

The dedicated fund is designed to respond to emergency financial or welfare requests from seafarers or their families in less than 24 hours, taking the immediate pressure off a stressful situation.

“Most seafarers and fishermen enjoy good living and working conditions but there can be circumstances when crew are not paid, cannot access communications to speak to family and loved ones and even lack food, water and heating, ” AoS Great Britain National Director Martin Foley said during the launch of the fund on board the HQS Wellington in London on June 19. 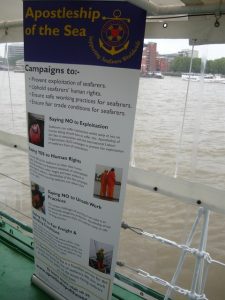 “AoS is often called upon to provide emergency support in what quickly becomes a very stressful and difficult situation for crew and their families, many of whom depend on remittances to pay for basics back home. Resolving these problems can take months so quick cash grants can really help. Our port chaplains are uniquely placed to judge whether a modest grant will alleviate a crew member’s situation without compromising efforts to resolve the underlying problem.”

Foley explained that when a need is identified, the port chaplain will contact either the National Director, (or, depending on the sum involved, the chair of the AoS Great Britain finance committee) to authorise the grant. 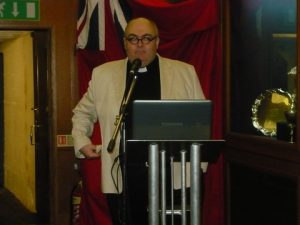 “Payment will then be made directly either to the chaplain, the seafarer or his family. This short chain will ensure payments are made quickly and without unnecessary bureaucracy. Experience tells us that Individual payments will be hundreds, rather than thousands of pounds.”

Foley stressed the fund would not duplicate other existing sources of help for seafarers and fishermen.

“Regular reports of grants made will be submitted to the AoS trustees’ finance committee, who at the end of each year will have the discretion to transfer any surplus to AoS’ general charitable funds for seafarers’ welfare. This is to avoid the accumulation of funds year on year.” 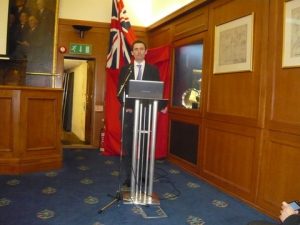 The following case studies illustrate the need for the Maritime Emergency Fund:

Seafarers family crippled by debt caused by unpaid wages
For much of 2013, the ‘Independent’ was stranded in Shoreham port with all crew having left (without payment), save the Master and one seafarer who remained onboard. This seafarer hadn’t been paid for five months, leaving his wife and children in the Ukraine without income. They were surviving by borrowing and running up credit card bills. 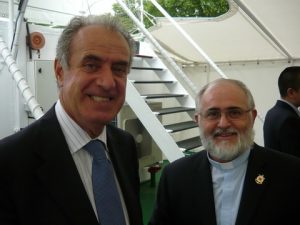 Adm Cristiano Aliperta, Italy’s Representative to teh IMO with Fr. Bruno Cicere AoS at The Vatican

The lack of wages and increased borrowing to sustain the family’s income during this period was a significant cause of stress for both the seafarer and his family.
In addition to providing practical support to the Master and the seafarer, AoS made a one-off emergency grant to the seafarer of US$1, 000 (the average Ukrainian salary being US$300 per month.

There was no other fund that could provide emergency support to this seafarer as existing funds would not give cash directly to a seafarer even where vetted by a charity engaged in the case, such as AoS. 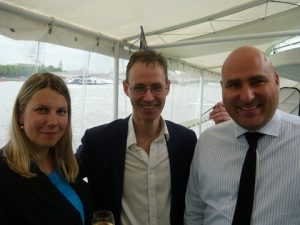 Fishermen – emergency funds for food & communications
On the 27 March 2013 AoS Seychelles was contacted to assist 27 Malagasy crew from two vessels that had been apprehended for alleged illegal fishing. The two skippers and one chief engineer were charged with illegal fishing in Seychelles waters. The 24 crew members were not been charged with any offence but remained on the fishing vessels as prohibited immigrants. 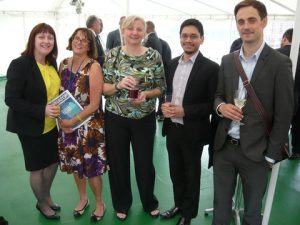 The Acting Superintendent requested AoS Seychelles to intervene and assist the stranded crews. As well as emotional support AoS provided basics such as food.
However, AoS in the Seychelles had little funds to purchase food, phone or SIM cards or to help with purchase of airline tickets and organize the crew’s travel documentation.

There was no emergency fund that could support all these crew with immediate assistance as they were classed as fishermen rather than seafarers.