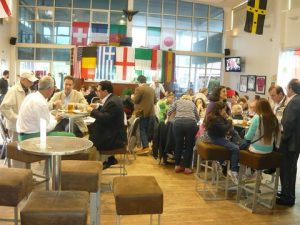 A full house… the right side of the Trailfinders recreation hall

Despite the wrong weather – cloudy with showers at places (west London) but thanks to the Hellenic Engineers Society of Great Britain (HESGB) events committee’s organising skills, this year’s Summer BBQ took place without any hick-up at the Trailfinders Sport Club in West Ealing’s Castle Bar; John Faraclas was there with his camera…

The main recreation hall of this old Sports Club in West Ealing, established back in 1871, was full at 13:00 on the dot, with members, friends and their families. A very international get together which every year is getting better and better no matter the venue – boat on the Father Thames, Sport’s Club, the Greens, Hotels, or Restaurants, it is always a great success, both from the participation point as well as from the atmosphere! 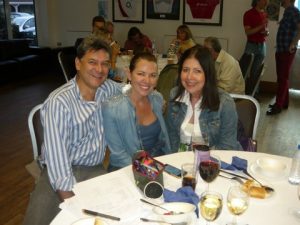 Excellent traditional greek starters, the famous meze – taramasalata, tzatziki, dolmades, greek salad, feta cheese and special home-made greek pitta-bread the ..preamble for a great meat/chicken BBQ, meticulous prepared by the Arena cuisine experts supervise by the Lagos family. And what about the sweets, greek-made filo based sweets and the special ice-cream! Lastly one has to mention the excellent service of the Trailfinders’ personnel; all at al times with a smile ready to serve you!

Ah! and there was the live music by the Pavlos Melas Quartet to raise our moral with special traditional greek songs prompting many dancing on the floor. Pavlos accompanied by Nikos Kyrios (violin), Spyros Bolovinis (bouzouki) and a great performer Sophia Pehlivani did, as always the best to keep the spirits high! 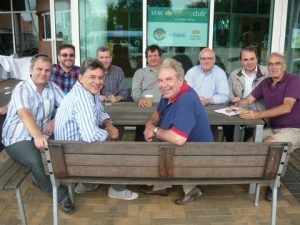 As said a good get-together with a lot of networking going on with class society representatives present, marine engineers, naval architects, spare parts agents, shipyards representative, claims specialists, you name it where there. The Greek Military Attaché Captain (HN) Apostolos Trivlidis was there as did the Shipping Attaché  Captain (HCG) Efstathios Kolyvas and his wife  Evi Fournatzopoulou from the Greek Embassy, the Assistant Shipping Attache  Lt.Commander (HCG) Antonios Doumanis, honouring the event. 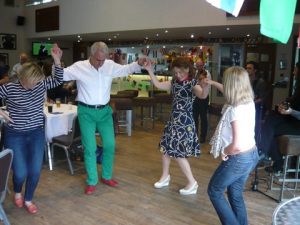 Giant TV screen where there for the football faithful to watch The Netherlands vs. Mexico game and to warm up for Greece’s crucial game vs Costa Rica.

We are also pleased to announce you the new governing body following the elections on the 20th of June at the Hellenic Centre; just before the end the announcement come on the formation HESGB’s 2014-2016 presidium. Dimitris Monioudis was re-elected President, George Foustanos Vice President, Patty Appostolopoulou Secretary, and Evan Zaranis Treasurer. Members include Mark and Michael Sfakianakis, George Proestos, Vassilis Zarifis, Kostas Amarantidis and Alex Xenakis. 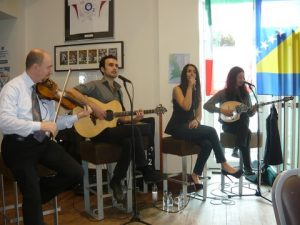 Good to see Chris Leontopoulos from ABS Greece, Constantine Levantis from Piraeus’ LevMar Engineering, Takis Pappas, shipbroker Nicholas Skinitis with his wife Pighy, president of  the Greek Lycee Dancers in London, Stefanis Georgantis from Chandris and many many others! 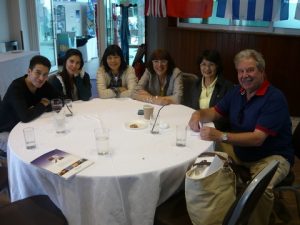 We now look forward to HESGB February 2015 Annual Ball; until then enjoy the summer wherever you are!