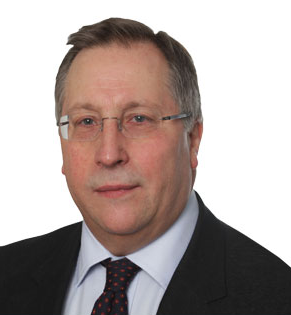 On 17 June 2014, HM Treasury launched a consultation on the long-awaited Insurance Contracts Bill (the Bill). The Bill proposes to reform areas such as disclosure in business insurance, warranties, damages for late payment and an insurer’s remedies for fraudulent claims. The Bill amends rather than replaces the Marine Insurance Act 1906 (the MIA 1906).

The Bill was prepared as part of the joint review of insurance contract law by the Law Commission and the Scottish Law Commission (the Commissions), the first stage of which resulted in the Consumer Insurance (Disclosure and Representations) Act 2012 (the CIDRA 2012). As the sponsor of the Bill, HM Treasury has launched the consultation in order to assess whether there is general support for it.

The Commissions consulted on draft clauses to be included the Bill in January and March this year, but this is the first complete version of the Bill that has been made publicly available. The purpose of the consultation is to assess the general level of support for the Bill, rather than to solicit comments on the substance of the Bill. HM Treasury intends to use a relatively new Parliamentary procedure for the Bill, which is available only for bills that attract a broad consensus of support.

Clauses 11 (Terms relevant to particular descriptions of loss) and 14 (Implied term about payment) of the Bill remain subject to discussion with stakeholders. The consultation seeks to establish whether there is general agreement to each of these clauses.

Notwithstanding the consultation, we understand that the Commissions are still receptive to submissions on the content of the Bill. Several market and legal bodies are in regular dialogue with the Law Commission, including the British Insurance Law Association, the Lloyd’s Market Association and the City of London Law Society.

As a general comment, it is unclear whether the Bill applies to reinsurance. We understand from discussions with the Law Commission that the Bill is intended to apply to reinsurance, but there is certainly scope for this to be clarified in the Bill.

Clause 3(1) of the Bill introduces a new requirement for the insured to make a “fair presentation of the risk” before the insurance contract is entered into. This replaces the duties regarding disclosure and representations that are contained in the MIA 1906. Disclosure must be made in a manner that would be “reasonably clear and accessible to a prudent insurer”, a requirement which is designed to prevent the insured bombarding the insurer with a vast amount of information.

The insured is required to disclose every material circumstance which it knows or ought to know, or alternatively is required to give the insurer “sufficient information to put a prudent insurer on notice that it needs to make further enquiries” to reveal such material circumstances. Clause 7(3) states that a circumstance is material if it would influence the judgement of a prudent insurer in determining whether to take the risk and, if so, on what terms. Clause 7(4) contains examples of what may be considered a material circumstance (for example, unusual facts relating to the risk). Although the burden of disclosure remains with the insured, placing responsibility on the insurer to make enquiries reflects the approach already taken by the courts and should prevent insurers relying on a passive approach to disclosure when seeking to exercise its remedies for non-disclosure.

The Bill provides certain exceptions to the duty of disclosure, such as where the insurer knows, ought to know or is presumed to know something. The insured is also not required to disclose matters which diminish the risk or are something as to which the insurer waives disclosure. The latter two exceptions are almost exact replicas of exceptions contained in the MIA 1906.

To have a remedy for a breach of the duty of fair presentation, clause 8(1) requires the insurer to demonstrate that it would have acted differently if the insured had made a fair presentation of the risk i.e. that it would not have accepted the risk at all or would have done so only on different terms. The remedies, set out in the Schedule to the Bill, depend on whether the insured’s breach was deliberate or reckless or otherwise:

This is the most complex part of the Bill, involving several new legal and factual tests that are likely to require clarification by the courts. We consider that it will take some time, and some decided cases, to clarify whether the Bill’s prescriptive approach to determining attribution of knowledge has been successful in eliminating any perceived unfairness or uncertainty in the existing case law.

“The individuals responsible” for the insured’s insurance include both employees of the insured (such as risk managers or the employees who are involved in negotiating the insurance) and the insured’s agents (such as brokers). The insured is also required to carry out a reasonable search for relevant information and to make enquiries of its employees and agents, as it “ought to know” anything that would be revealed by such a search or enquiries.

Clause 5 sets out what the insurer “knows”, “ought to know” and “is presumed to know”:

The principal purpose of clause 9 is to prohibit “basis of the contract” clauses in the context of non-consumer insurance. The equivalent provision in the context of consumer insurance is contained in section 6 of the CIDRA 2012. Clause 9 prohibits provisions which purport to convert all representations in either the proposal or the policy into warranties. This does not affect the insurer’s right to include specific warranties in the policy.

Clause 11 has also been identified as a potential source of disputes, as parties may disagree over the meaning of “loss of a particular kind” and “loss at a particular location or time”. However, we understand that the Law Commission looked to New York law for these concepts, where they have not proved to be particularly contentious.

The Bill does not contain a definition of “fraud” or “fraudulent”; common law principles will be used to determine what constitutes fraud. Concerns have been raised that the lack of guidance in the Bill could lead to valid claims being denied due to the insured committing an act that, while technically fraudulent, does not have a material effect on the insurer’s decision to pay the claim. It has been suggested that such actions should not result in the whole claim being denied, although public policy reasons may require the position to be strict in order to deter all types of fraud, material or otherwise.

Clause 13 sets out the effect of a fraudulent claim in the context of a group insurance policy and adopts the approach taken in the CIDRA 2012. The insurer has the same remedies as are available under clause 12. However, the remedies apply only in relation to that third party and the cover provided for the insured or any other beneficiary remains unaffected.

Where the insurer fails to comply with this obligation, the insured is entitled to damages, which will be awarded in addition to interest payable on the amount of the claim. The insurer will not be penalised for failing to pay a claim where it can demonstrate that there were reasonable grounds for disputing that claim. The insurer’s conduct in handling the claim may be considered when assessing whether the obligation was breached. The insurer may be found to be in breach of the obligation if it is particularly slow at investigating the claim, even if it can show that it had reasonable grounds for disputing it.

Clause 16 states that any provision of a consumer insurance contract that puts the insured in a worse position than that set out in clauses 10 to 14 is invalid.

Clause 17 permits the insured to contract out of the provisions of the Bill in a non-consumer insurance contract. It is not possible for parties to contract out of clause 9 (the prohibition on basis clauses) or to exclude the insurer’s liability for deliberate or reckless breaches of the duty in clause 14(1) to pay claims within a reasonable time. In order to vary the provisions of the Bill, the insurer must comply with the transparency requirements in clause 18 to make the insured aware that it is agreeing to a reduced level of protection. The terms that vary the provisions of the Bill must be clear and unambiguous and the insurer must take “sufficient steps” to draw them to the insured’s attention, unless the insured had actual knowledge of the terms when it entered into the contract. “Sufficient steps” depend on the characteristics of the insured and the circumstances of the transaction, as steps that are sufficient for one insured may not necessarily be sufficient for another.

Although new concepts under English law, many of the concepts proposed in the Bill are well grounded in overseas jurisdictions, the closest ones probably being the Scandinavian jurisdictions (Sweden, Denmark, Finland and Norway) and Australia, all of which have insurance contracts legislation which to some extent either waters down traditional insurance contract avoidance defences or nullifies them completely. The underlying principle is to make the remedy proportionate to the breach. Experience of how these jurisdictions deal with these issues is a useful guide as to how the English courts may approach them.

In Australia, the only remedies for non-disclosure and misrepresentation by the insured are set out in section 28 of the Insurance Contracts Act 1984 (the Act). The main effect of the section is to restrict the common law right of avoidance to cases of fraudulent non-disclosure or misrepresentation, that is, a representation made with the intention of its being relied upon and with the knowledge that it is not true.

In the case of an innocent or negligent non-disclosure or misrepresentation, the insurer cannot avoid the contract from its inception but is entitled to cancel the contract under section 60 of the Act. Where the insurer would not have entered into the contract on the same terms if the non-disclosure or misrepresentation had not occurred, but would still have been prepared to accept the risk for a different premium, a higher excess or additional terms and conditions, the insurer is permitted to reduce its liability to the extent necessary to put it in the position that it would have been in. This remedy is similar to those contained in the Schedule to the Bill. The insurer must demonstrate this position through discovery of its underwriting guidelines, examination of its own expert witnesses or other similar evidence about its risk selection practices.

Where the insurer would not have issued the policy at all had the non-disclosure or misrepresentation not occurred, it may reduce its liability on the claim to nil.

The Act has been the subject of extensive review in recent years and, given that the remedies in section 28 were not amended in the 2013 reforms and have a fairly settled interpretation, they would seem generally to operate satisfactorily to the benefit of both parties to the contract of insurance.

The consultation closes on 2 July 2014. If the responses indicate that there is no consensus in favour of the provisions of the Bill, the Bill may be abandoned, as the Bill would be unlikely to complete its passage through Parliament before the end of the current session.

As mentioned above, the Commissions are still engaged in discussions with stakeholders and, for the time being, are still open to comments on the Bill. We expect further changes to the Bill before a final version is published, but at this stage it is hard to predict the extent of the changes.

If HM Treasury’s consultation indicates general support for the Bill, we would expect the final version of the Bill to be published, together with a report by the Law Commissions, by the end of the summer.

Richard is Chairman of the Insurance Law Committee of the City of London Law Society and Will is its secretary.