In search of the Jewish pre-war societies… 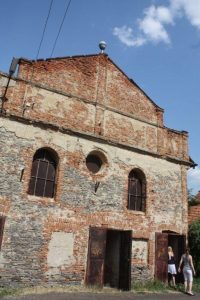 In search of the Jewish  pre-war societies of eastern Slovakia and northern Hungary,  By James Brewer

Tracking down what remains of the of once-thriving Jewish communities in largely-rural eastern Slovakia takes patience. Much of the physical infrastructure has disappeared. For the visitor, though, the reward is coming to understand a history that is at its worst disturbing, at times melancholic and always threaded with the dignity of  a persecuted people.

While there are monumental buildings in various conditions of repair in the two largest cities, Košice and Prešov, striking into the countryside a visitor needs the services of one of the few knowledgeable guides, or to glean clues from painstaking research on the internet.

Eventually, the bigger picture emerges, and that is of the important role in daily life in small towns and villages of the Jews before they were annhilated in the 1940s by the Nazis and their collaborators, Slovak and Hungarian fascists. 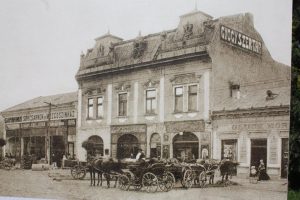 The city of Košice offers a guided tour of its Jewish sites. In addition to taking advantage of this, we were, courtesy of the tourist office of the Košice region, privileged to see some of the lesser-known sites in other locations in eastern Slovakia and just over the modern border with Hungary.

An unsettling story begins to take shape. In April 1944, just over 4, 000 Jews were forcibly taken from country outposts to be herded along with 7, 800 residents of Košice into a ghetto, for swift onward transport to the hell-holes of Auschwitz-Birkenau and other camps.  They were among 105, 000 Jews, 77% of the pre-war Slovak Jewish population, who died during World War II. 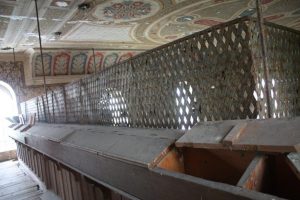 One centre of Jewish activity was the pleasant town of Michalovce, where the Orthodox presence was so strong – one third of the population – in the second half of the 19thcentury that more Jews, from Poland, were attracted to settle.  From 1895, there was a big synagogue, later destroyed, in what is now the city centre. Another synagogue still stands forlorn in a yard: in the Socialist era it was used as a garage for repairing cars, and access is currently restricted, for commercial reasons.

In the main shopping street of Michalovce, a memorial plaque refers to 3, 800 people being deported in 1942-44, with only 120 returning to an almost empty town after the Red Army swept out the old regime. With other Jews who had sought refuge and hidden in forests, and who surfaced from nearby villages, the post-war number of returnees was around 800. Many found it impossible to start a new life in a place that held bitter memories. In the 1960s there were said to be only 200 people in Michalovce declaring they were Jewish; and the sense of alienation persisted until the presence dwindled to one family. 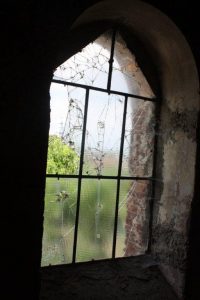 Cobwebs cling to windows in ruined synagogue of Kráľovský Chlmec.

Driving just over 80km to the village of Pribeník, we come across a small Orthodox synagogue at a crossroads. Built in the second half of the 19th century, it is not exactly what it seems to be. It could fulfil its true function some 80 years ago – in 1930 the village was recorded as having 1, 373 inhabitants, of whom 118 were Jewish. The depredations of the 1940s led to the neglect of this place of worship, which in the 1980s was reduced to service as a warehouse for fertilisers and grain. To save it from ruin, villagers in 1996 bought the building and restored it over the next 10 years, as a “gallery of nations” and exhibition hall for artists. The population of Pribeník is estimated at just under 1, 000 today, among whom there are no longer the 10 male Jews required to form a congregation for services.

A sad sight is the ruined synagogue in the small town of Kráľovský Chlmec, 5km north of the Hungarian border. Cobwebs and broken glass mar the interior. If a generous benefactor came forward, the structure could doubtless be made sound enough to serve its original purpose, but that might be to little avail because today the Jewish community in Kráľovský Chlmec is only three families. Things had looked more hopeful after the war, when 150 survivors returned to the town, but most of moved to Israel in the great migration of 1948-49. 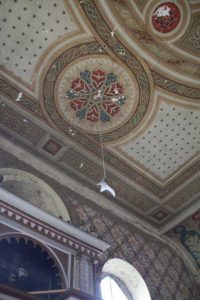 The coat of arms of Kráľovský Chlmec features a bunch of grapes, in reference to the bountiful vineyards around, which the Jewish population cultivated. One in five inhabitants of the town before World War II was Jewish, the Orthodox, Hassidic and Progressive branches having lived in harmony for a century and a half, involving themselves in farming, trade and banking. In the 32 villages of the wider Bodrog district, 2, 030 of the 25, 250 residents were classified as Jews.

Cemeteries throughout Slovakia are a reminder of former Jewish settlements, some containing the tombs of wealthy citizens, some with a series of simple matzevot (stone pillars) to commemorate poorer people. The cemetery just outside Michalovce bears signs of reasonable care, and is kept under lock and key. In a field on a country road near Čerhov, a village in eastern Slovakia, there are only a dozen or so stones, but at least the place is being tidied up.

What was to become the current Slovak Republic was for hundreds of years the northern region of the Kingdom of Hungary. What can be said for the regime of Emperor Franz Joseph is that despite its generally reactionary demeanour, it was fairly tolerant of ethnic groups and Jews, who were to suffer so horrifically from the policies of Hitler just over 20 years after the break-up of the empire. 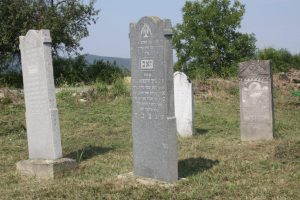 Jewish cemetery near village of Čerhov.

Until 1918, much of the east of what is now Slovakia was part of the Hungarian county of Zemplín. The political contours of eastern and central Europe then changed substantially. With the demise of the Austro-Hungarian Monarchy, nationalists achieved their dream of independence, and what emerged was the state of Czechoslovakia. After a period of attacks on Jewish property, Czechoslovakia settled into providing one of the most favourable climates for the involvement of Jews in city life and administration.

That relative harmony was smashed up just ahead of the Second World War. According to the Encyclopaedia of Jewish Communities, Slovakia, when Košice was annexed to Hungary in 1938, about 20, 000 inhabitants, most of them Czechs and Slovaks, left the city. In the areas annexed to Hungary there were 11, 420 Jews, or about 20% of the population. 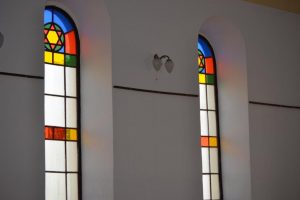 The Hungarian authorities turned on the Jews and Slovaks who remained, accusing them of supporting the Czechoslovak government, and executed some of them. A fascist Slovak State headed by Josef Tiso was set up in March 1939, and74, 000 Slovak Jews were deported, mostly to the infamous death camps. Many of the survivors emigrated and today fewer than 4, 000 Jews remain in Slovakia, of whom 800 are in Bratislava, and some 280 in Košice.

Deportations from territories annexed to Hungary followed the German occupation in March 1944.
Jews from a wide area were concentrated into the buildings of a brick factory on the outskirts of Kosice and seven days later, they were ordered to assemble in the synagogue area ultimate transport by rail wagon to the death camps. 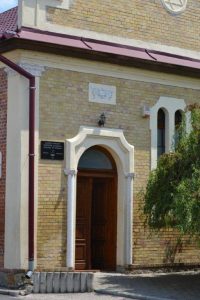 The Bratislava-based non-profit institute Slovak Jewish Heritage Centre has surveyed  the Jewish heritage of synagogues, ritual baths, educational and other communal buildings, cemeteries and Holocaust memorial sites, and listed it atwww.slovak-jewish-heritage.org  It has identified 105 synagogues and prayer halls in the country. At one time there were 29 synagogues in the capital, and the Bratislava Jewish Community Museum has been established at the Heydukova Street Synagogue, the only Jewish house of worship still used in the city. 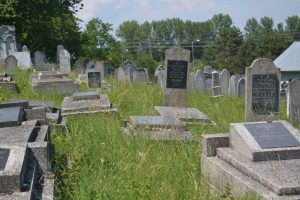 A further option for exploring Jewish heritage is a day tour that starts in the Orthodox synagogue in Slovakia’s third largest city, Prešov, some 36km distant from Košice. Behind a relatively austere neo-Roman-Moorish façade, richly decorated interiors are said to be among the most attractive Jewish memorials in Slovakia. Further north, the town of Bardejov has a so-called Jewish suburb, a compound of Jewish institutional buildings, including the Old Synagogue, a beit midrash (house of study) and a mikvah (ritual bath).

I am trying to find out further information on Dott. Lili Icovic-Frisher born 26.09.1913. She received her medical degree in 1938 at Bratislava Medical University. I know she was part of the “Pentcho” trip in 1940.

I would like to obtain a photo of her if possible. Would she have had her photo taken at University?

I would appreciate it if you could guide me on this request.