Sanctions on the West – Russia reacts 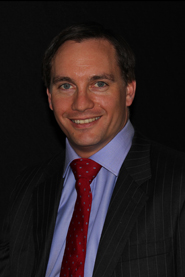 Following the latest round of EU sanctions on Russia, as published by the EU Council on 30 and 31 July, and further restrictions imposed on certain Russian nationals and entities under the US regime, Russia has reacted firmly this week with a complete embargo on certain food imports from the EU, US, Australia, Canada and Norway.

Under Order No. 560, issued by President Putin on 6 August and as implemented by Decree No. 778 of 7 August, the following foods are affected:

The embargo comes into immediate effect on the date of its publication (7 August) and is set to last for one year. This period may be scaled back in certain circumstances (for example, if it threatens national food security).

The impact is likely to be quickly felt: Russia was the EU’s second largest export market for foodstuffs in 2013 (comprising 10% of such exports).

It is not known how the Russian authorities will deal with affected imports that are already within Russian international waters and due for discharge imminently. The actions of the local customs authorities will no doubt be closely monitored over the coming days.

Traders and vessel operators involved in the trading or carriage of the affected commodities should pay close attention to their contractual arrangements in assessing the likely impact of this announcement: force majeure or exceptions clauses should be particularly scrutinised. For contracts incorporating English law and jurisdiction, sellers should examine their contracts carefully to ensure that their purchase contracts are back-to-back with their supply contracts so as to limit any exposure they may have. Equally, CIF or FOB buyers will also wish to assess whether any declaration of force majeure by their counterparty is a valid declaration, provided for under the terms of their contract.

Each force majeure clause is unique to a particular contract, with the wording strictly interpreted. For instance, the announcement of an embargo may not necessarily allow a party to declare force majeure immediately; it may be necessary to wait for the period of delivery/shipment to expire, or for the time by which a vessel must be nominated to elapse. There may also be additional requirements before any such clause bites – the event relied on may have to have been in existence for a certain period of time before a declaration of force majeure is made; or particular notice requirements to be given to the counterparty may be a pre-requisite to any valid declaration. Finally, the clause must specify the consequences of declaring force majeure,  e.g. that it brings an end to the contract, before a party is able to rely on such a clause to cancel the contract without incurring liability. It is not enough to have a list of events that are deemed to be force majeure if the concluding wording is silent as to the effects. The English courts construe such clauses very strictly and any ambiguity will be interpreted against the party relying on the wording to avoid a contract.

It should not be automatically assumed that all contracts will incorporate force majeure provisions. While commonplace in international trade and shipping contracts, it is by no means a given that such clauses will be in all such contracts. Force majeure is not a recognised doctrine under English law. For contracts incorporating English law and jurisdiction, the doctrine of frustration may apply so as to automatically discharge the parties from the contract. Frustration can arise where an event occurs after the formation of the contract that makes it physically or commercially impossible to fulfil the contract. The legal effects of a valid assertion of frustration will depend upon the particular contract in question: for instance, where advance payment has already been made for freight for goods being loaded (or already loaded) on board a vessel, a subsequent assertion of frustration may not entitle the charterer to recoup the freight payment already made to vessel owners. Under English law, sums that have already fallen due before the frustrating event will generally remain payable.

Whilst the immediate embargo announced is likely to have an impact on those contracts already in the throes of performance, contracts for forward delivery or shipment may not necessarily be affected – beware the trader, vessel owner or charterer who seeks to throw up a contract under which performance is not yet due. While potentially being entitled to walk away from such contract at some point in the future, a premature declaration of force majeure or assertion of frustration may place the relying party in anticipatory breach of the contract – this would not be the first time that Russia has announced a ban on imports, only for such ban to be curtailed or rescinded shortly after.

The coming weeks will no doubt usher in widespread uncertainty surrounding the operation of the embargo announced by Russia. At the time of this bulletin going to print no guidance had been issued underpinning the embargo.

The imposition of embargoes generally operates in disregard of (and often to the detriment of) the commercial interests that are directly affected by the political trade-off being played out in the international diplomatic arena. What next? It is difficult to predict. Sanctions both against and by Russia are a constant, evolving and fluctuating situation at present. As we have seen in the past few weeks and months, sanctions policy is reactive to the political situation in Ukraine and what is happening, particularly in its Eastern regions. How the remainder of 2014 will play out is uncertain.

This is a rapidly changing topic. For updated and/or specific advice on the commercial impact of this latest embargo, or queries about any of the points raised in this briefing, please contact Darren Wall or your usual Hill Dickinson contact.

Slovak Sea shimmers as “the land of sun and water”