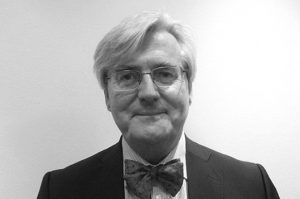 International law firm Ince & Co is delighted to announce the appointment of new shipping and aviation partner, Philippe Ruttley, who joins the Firm’s London office as Head of EU and Competition Law.

“I am delighted to be joining Ince & Co, ” Philippe comments. “Ince is one of the leading international law firms in the specialist areas of aviation, shipping, energy, trade and insurance and reinsurance, with strong global capabilities in a broad range of services. The Firm has an impressive client base and a deep pool of talent, and I am excited to be part of the team.”

Michael Volikas, Global Managing Partner of Shipping at Ince says: “We are delighted to bring on board this strategic new hire to further, significantly, our ability to advise clients in these important areas. Philippe’s sector focus mirrors our own and is much valued by clients for the added value that it brings. We look forward to working together with Philippe. Philippe will also bring his important regulatory and WTO experience for our energy and trade clients.”

“Philippe’s EU and Competition Law expertise will be of tremendous benefit to our aviation clients, ” Gillie Belsham, Ince’s Global Head of Aviation says. “Philippe’s reputation for Competition and European Law is first class, he is an excellent fit with the strengths of our global aviation and shipping groups, and we are excited to have him on board. This is especially so since Hugh O’Donovan recently joined us to be Head of Commercial Aviation, whose practice is highly complementary with Philippe’s: together they will make a formidable body of expertise and experience available to our clients.”

In the shipping sector, Philippe has represented many shipping lines in EU competition investigations and appeals before the EU courts, where he acts as an Advocate. From 1989-2008, Philippe represented the Far Eastern Freight Conference in high-profile competition policy battles with the European Commission over the interpretation and scope of liner conference regulations. He also represented the Japanese Shipowners Association as interveners in these proceedings. His extensive experience of EU and UK maritime competition issues includes representing clients in regulatory investigations of global alliances (“Consortia”), cartel investigations, pools, public enquiries on port pricing, as well as representing clients in policy dialogue with the European Commission officials on the future shape of EU regulation. He is currently representing clients in two current on-going EU investigations in the maritime sector, as well as advising shipowner clients in merger and regulatory policy issues.

In the aviation sector, he has advised on global alliances (Oneworld and STAR), ‘metal neutral’ revenue and capacity sharing agreements, code shares, interlining, GDS services, ground handling and airport access issues, and he has represented clients in EU and UK competition investigations, including the recent BA air cargo cartel case. He currently represents clients in the subsequent follow-on damages claims in the English High Court and Court of Appeal. Philippe’s arrival complements in February 2014 the Aviation Group’s earlier strategic hire of Hugh O’Donovan, who joined the firm’s Aviation Group as Head of Commercial Aviation, from Quadrant Chambers. Hugh is one of the most experienced and highly respected aviation lawyers in the UK whose expertise covers international air transport regulation, all aspects of commercial agreements in the aviation industry, corporate transactions, and EU and UK competition law and merger regulation particularly as these apply to the aviation sector. Hugh has been variously recognised in the Directories as “the doyen of aviation law” with “decades of experience and an encyclopaedic knowledge of aviation regulation.”

In the energy and trade sectors, Philippe advises on compliance with the EU Regulation for energy market integrity and transparency (‘REMIT’), and international trade law (WTO and EU anti-dumping).

He was the founder of the European Maritime Law Organisation in 1992, a forum for debate of EU policy towards the maritime sector. He regularly speaks at conferences, edits the EU section of Shawcross and Beaumont on Air Law, has also published widely on EU and international trade law issues, and has co-authored four books on international trade law.

Philippe Ruttley is an Anglo-Swiss lawyer. He was called to the English Bar in 1980 (Inner Temple) and admitted as a solicitor of the Supreme Court of England and Wales in 1991.

After practising EC law in London and Brussels, Philippe served as a United Nations legal advisor in Rome, and then as an EC Advisor to the UK Government’s Treasury Solicitor’s Department. He has appeared in many cases before the European Court of Justice and has been involved in several WTO dispute settlement proceedings.

Philippe has worked in private practice since 1989 and as well as the above, became well known representing Which? when it brought a consumer claim on behalf of football fans against JJB Sports for its role in a price-fixing cartel investigated by the Office of Fair Trading. This was the first consumer group claim against a cartel ever brought in the EU.

In September 2014, Philippe joined Ince & Co as Head of EU and Competition Law.

Philippe is recognised by legal directory Chambers and Partners, for Competition/European Law as being “very thorough and highly responsive, “ with “strong expertise in maritime and aviation matters.” He was described as “prominent” and“one of the best known lawyers in liner shipping circles” by Lloyd’s List, the leading maritime trade journal (9 September 2014).

Ince and Co is the leading global shipping law firm and across our global network Ince & Co lawyers advise on the full range of legal issues affecting the shipping and commodity industries. We count among our clients many of the world’s leading shipowners, charterers, builders, traders, banks and insurers.

Ince & Co’s Aviation Group covers all aspects of aviation law. Our reputation for delivering the highest quality advice and outcomes for clients in the aviation sector is built on our specialist legal knowledge and our in-depth understanding of the aviation industry: how it is regulated, its technology, the commercial issues and the economic and aero-political context.