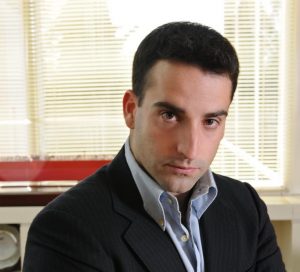 Herewith the latest from StealthGas:

We are initiating coverage of StealthGas with a Buy rating and $14 price target, and naming it our top LPG/LNG pick. This note is part of our detailed Shipping Industry initiation report, titled “Brighter Horizons Ahead”, released concurrently with this note.

StealthGas’ fleet of 40 LPG vessels makes it by far the largest owner of LPG ships in the world (#2 operator has 20 vessels). The company is set to enhance its position through delivery of 19 new LPG vessels, the majority of which will deliver before the end of ’15. We estimate the acquisitions should translate to a more than doubling of earnings power in 2016 vs. 2013, which combined with favorable demand/supply dynamics we see emerging in the LPG space, should drive considerable upside in the stock.

Following two equity offerings in 2014 that have raised $80M in proceeds, GASS has a cash balance of $134M (as of 2Q14). With the vast majority of newbuildings on order already funded largely with new debt, GASS is free to use much of its cash stockpile (plus estimated annual cash flow from operations of ~$90M) for the additional acquisitions or debt paydown.

We estimate average annual demand growth has averaged high single-digits since 2010. The relatively recent strength has been driven by fast-rising U.S. exports resulting from the U.S. shale boom (see our discussion on this in our Industry report). If U.S. exports are bound for long-haul routes which require large vessels, the hub-and-spoke model of the LPG trade should drive increased “last-mile” demand for smaller ships, which is where GASS’ exposure is mostly focused. Further, this segment of the market has historically shown good consistency in rates vs. the “boom and bust” characteristics of other segments of the market, which gives us increased confidence in our out-year forecasts.