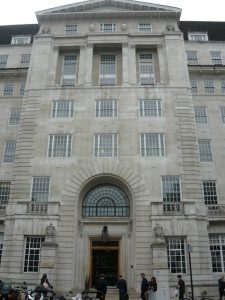 On all counts, this 9th Annual Greek Roadshow in the Square Mile, organised by the Athens Exchange Group, was the best ever!

This two-day event at Bloomberg’s completely changed the perception on Greece and its economy, given what this southern European country is subjected over the last six years.

An increased number of Greek companies participated with stands at the adjacent to Bloomberg’s auditorium hall. Our international editor John Faraclas was there with his camera:

The preamble of this success begun yesterday with the early morning interview, given by Socrates Lazaridis, on Bloomberg’s TV and watched by thousands. 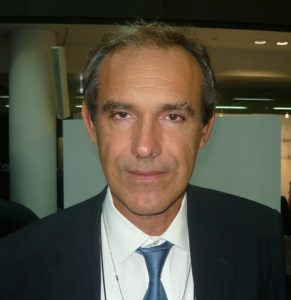 The Athens Exchange Group CEO did his best in explaining journalists Caroline Hyde and Jonathan Ferro, presenters of Bloomberg’s “Countdown” program, that this event is to convey the feeling that there are great opportunities for those interesting in investing in Greece!

With 1, 000 pre-booked meetings in the course of only two days between 200 or so international funds and respective fund managers, the 31 participating* Greek listed at ATHEX companies, presented their promising prospects and projections and that of Greece’s economy. This is what I call a success!

On Day one, three excellent speeches were delivered by respective speakers at a full house at Bloomberg’s auditorium. Georgia Mourla, Athex’s director for Strategic Planning and IR, introduced them; the first one was by Holger Schmieding, the chief economist from Berenberg Bank in London, the second by George Zanias, chairman of the board of the National Bank of Greece and chairman of the Hellenic Bank Association and the third one by Greece’s Undersecretary for Development and Competitiveness Noti Miitarachi.

Each speech** “contained” a different perception as well as direction and should be judged in its own merits:

Schmieding’s opening of his speech was a bit abrupt though, given the “upheaval” Putin’s actions cause and subject the region. The European superpowers are once again embroiled in their aging wars and business encounters. On Greece he was OKish and pleased that he understands the current situation. If the Ukrainian crisis enfolds further and beyond, it’s primarily Germany which might be on the ropes. All in all a speech for strong nerves… On the flip-side one has to take on account that 400-strong years history of his bank and the gravity of the situation; sometimes though things go under the rules…

George Zanias’ emphatical delivery of his slides-supported paper, needs to be studied further. Definitely the effort is there and hopefully, repeat hopefully, we might avoid political hiccups down town in Athens… Speaking with sheer confidence and optimism, but down to earth, Zanias believes that economic growth is returning and that the Greek banks dynamism will sustain ECB’s stress tests et al.

My compatriot*** Noti Mitarachi’s presentation, observed by its political and banking angle, will be judged accordingly, but himself and his party must ensure re-election leading to a government to verify this presentation. Indeed we believe that this is achievable if, and only if, all scores are settled and the perpetrators are named and shamed for destroying Greece! Reforms, structural and fiscal changes is one thing, timely implementing same yet another! …and no skeletons in the cupboard please! Privatisation is a must! 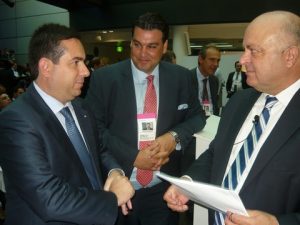 The light buffet lunch gave the opportunity for networking as well as questioning the speakers and it was good to see many new and old familiar faces from Greece, London, Europe and the rest of the world; that’s more than important. 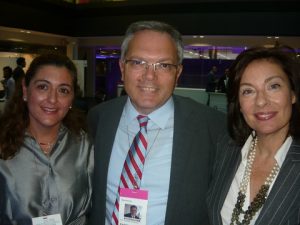 In the early evening hours we attended a simple but interesting cocktail reception at the Nobu in west London’s Mayfair district. Networking was at its best; again more familiar faces from the distant past were present creating the cordial business atmosphere needed for such an occasion. 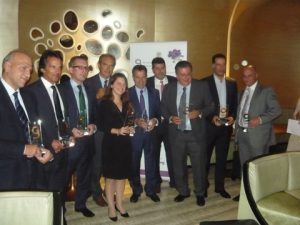 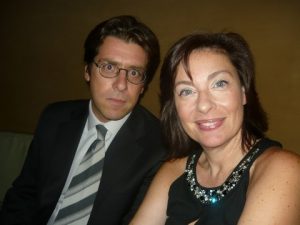 On Day two (today) the meetings continued at the Bloomberg’s Hall and after midday the keynote speech was delivered by Gikas Hardouvelis*****, the Greek Minister of Finance, a well-known personality to the London Academia circles too.

His speech was governed by pragmatism and it remains to be seen the end result as well as the next Greek elections result. 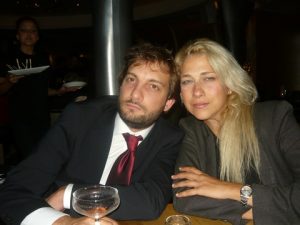 Honouring the media, Chris Fragou and Evdokia Mytili at Nobu

He was warmly applauded by the 250-strong audience, but managed to …sustain one question due to time constrains. Our usual breakthrough in discussing the prons of shipping and the shipping related infrastructure much needed for furthering the Greek economy, was welcomed by the Minister and will put forward same for his consideration. 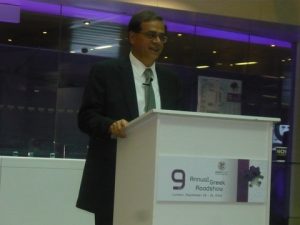 Greece is THE Hub, yes with capital THE, of Europe and one of the …blessed best position-wise places in serving 500 million people. The LNG factor too will play a pivotal role. Maritime Tourism is here, if we appropriately organise the sector.

Our shipbuilding and shiprepairs industries can be revived and return to profitability both with merchant and naval constructions – for internal use and export; a must as we can! Did I hear you say Hydrocarbons? or Oil Rigs; Supply and Drill ships? 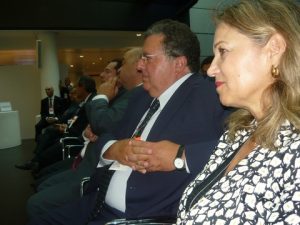 Appropriate streamlining of Greece for improving its image in this restart situation is another major must.

During the buffet-launch we continued our networking and statistical questions during the discussions held with delegates and members of the organisers.

It is worth mentioning the  contribution and support of the Greek Embassy in London and that of the Greek Ambassador Konstantino Bikas – ever present at all times on such events, as well as two of the Embassy’s sectors: that of Economic & Commercial Affairs and Press, headed by Antonis Katepodis and George Dardavillias respectively.

Ending this brief reporting, we would like to express our warmest congratulations to all in the team of Athens Exchange Group for their professional approach in conducting this important event. Same applies for all the sponsors and venue hosts and all the participating companies. 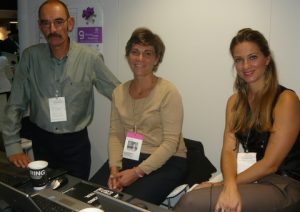 We are sure their efforts will pay dividends and we look forward to more events not only in New York, Athens and London, but in the Far East too, Singapore and or Hong Kong where Greeks are re-known for their success story in Shipping, Trade and Finance and investors can be approached for mutual benefit.

*** Comes alike me from the island of Chios.