A WOMAN Secretary-General for the IMO! 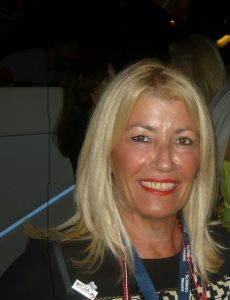 A WOMAN Secretary-General for the IMO! By Anny Zade*

After the successful  WISTA (Women’s International Shipping & Trading Association) AGM & Conference in Cyprus earlier this month, the splendid performance there of Despina Panayiotou Theodosiou and the WISTA Cyprus women as well as the immense contribution of all women from that republic, I guess it is about time that women should not only stand in the forthcoming elections which will produce the new Secretary-General of the International Maritime Organization, but win the position.

Ms Panayiotou Theodosiou is founder and president of WISTA Cyprus, and is considered an inspiring leader within the shipping sector generally.

Koji Sekimizu, secretary-general of IMO, is to step down at the end of his first term of office in December 2015 to care for his wife, who has been seriously ill.

Today women thrive in all sectors in the maritime spectrum, be they lawyers, academics, shipowners or class society surveyors, yet “the law” of proportionality and equality doesn’t work everywhere; it is about time it did.

And I will not only cite the successful Cyprus event, but will instance the 40th anniversary celebrations of WISTA here in UK last summer in London and in Liverpool, where Maria Dixon and her team reinforced the message of how successful women can be in the shipping industry.

As a woman I believe in real equality between the genders and I shall eagerly wait to see that there are women out there who can attract enough votes to elect easily from round one a WOMAN as the new secretary general of the IMO.

The die is cast! A woman Secretary-General for the IMO!

*Anny Zade is one of the co-founders of www.allaboutshipping.co.uk. She begun her career in one of Greece’s major traditional shipping companies and she is also a member of WISTA-UK

A Glimpse of Vibrant Rajasthan…