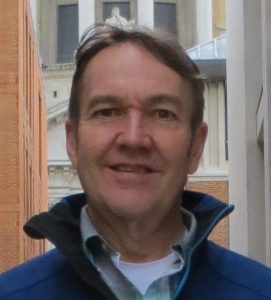 A marine transport emergency in the northerly Atlantic has highlighted the difficulty of responding to potential shipping casualties in Arctic waters, the campaign group Pacific Environment has warned.

The group said the incident added weight to its concerns that what it sees as the most pressing issue, the danger of heavy fuel oil spills, is ignored by the Polar Code that looks set to be approved by the International Maritime Organization on November 17 2014.

Campaigners point to the latest mishap in northerly waters: an unmanned barge carrying 950 gallons of diesel fuel broke free in a storm from its tow on October 23 off Prudhoe Bay. The barge, owned by Northern Transportation Corp of Canada, and its tug had been making for Tuktoyaktuk in the Northwest Territories.

The US Coast Guard said it was a time of year when there were limited options for response in the region, as ice developed quickly and few vessels were available to assist.

Kevin Harun, Arctic programme director for Pacific Environment, said that the problems of attending a vessel in distress despite it being close to a major industrial Arctic hub, the Prudhoe Bay oilfield, demonstrated the need for strong shipping regulation in Arctic waters.

San Francisco-based Pacific Environment said that the Arctic Council, which is chaired by Canada until May 2015 when the US will take over the leadership for two years, identified the release of oil as the “most significant threat” to the marine environment in its 2009 assessment of Arctic shipping.

Pacific Environment has pressed for distillate fuels to be made mandatory for Arctic ship transits. It says that in the event of a spill, lighter fuels would dissipate more quickly than heavy oils, and cause less harm to the environment and the people who depend on marine resources for food. It says that there is precedent for banning heavy fuel oil in sensitive waters including areas near the Antarctic.

The environmental group says that among its missions is to encourage the protection of Arctic ecosystems “from the harmful impacts of increased, unregulated shipping in the face of disappearing sea ice.”

Mr Harun said that while his organisation was encouraged by several provisions in the Polar Code, “we are concerned that the risks posed by a spill of heavy fuel oil remain unaddressed.”  The barge incident in the Beaufort Sea alarmingly raised the question of how nations would be able to deal with a large ship that went out of control in more remote waters.

Before taking up his current post, Mr Harun was executive director of the Alaska Center for the Environment. He has observer status at the IMO and is one of the few participants representing conservation and Arctic community interests.

Pacific Environment says of its role: “We mentor, train, campaign, build networks, and provide direct financial support to activist leaders and non-governmental organisations to help them protect their communities from environmental and health threats and hold international governments, corporations, and financing institutions accountable for their policies and actions.”

It says that in the Arctic and Alaska “Pacific Environment works with indigenous communities to protect the region from the environmental impacts of offshore oil and gas extraction, increased and under-regulated shipping, and short term climate forcers such as black carbon emissions.”

In an article for Nunatsiaq News Online, Paul Crowley, director of the World Wildlife Fund’s Canadian Arctic Program for Northern Communities and Economies, backed the call for prohibiting heavy fuel oil in the region, and said there should be among other safeguards  limits to underwater noise from ships, which could affect the habitat and ability of marine mammals to forage and breed.

The International Chamber of Shipping has said that there is a high level of awareness about the special degree of care required when ships navigate Arctic waters. “But whilst fully recognising the need to provide the highest levels of environmental protection, ICS has sought to ensure that the approach taken by IMO is not fundamentally different to that applied to any other sea area in which special dangers might apply (sea conditions in the North Atlantic, for example, entail parallel levels of operational risk).”