There is no let-up in disturbances to global shipping operations, warns the Strike Club 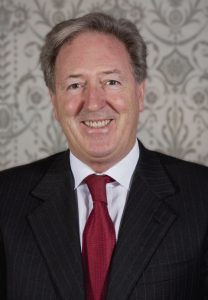 The Strike Club, the market leader in the niche area of delay insurance for the marine trades, reports rising claims levels and warns that the claims climate has worsened considerably. This reflects the many geopolitical challenges and tensions, particularly in Central and Eastern Europe, Africa and the Middle East, Asia Pacific and Latin America.

Bill Milligan, chairman and ceo of S.C. Management, said that new risks keep appearing, such as the Ebola crisis, leading to port closures and putting extra pressure on ship operators, and their crews, trading to West Africa.

Mr Milligan continued: “Not surprisingly, as a result of all this turmoil, the industrial landscape is scarred by strikes and other delay incidents which impact on shipowners and charterers. Lost time is a risk that is unavoidable, unfortunately, but insurance can help to some extent in protecting freight earnings or charter expenses.”

This was decided when the directors met this month in Paris to review the mutual policy years, and to discuss the future structure of the club following the announcement earlier this year that there were plans to seek a licence for a new mutual located in the UK to allow transferring the European business from Luxembourg.

Work on this continues, but members have been told that “it is already evident that while restructuring should in time bring operating efficiencies of benefit to the membership, the changeover and the other preparations to comply with Solvency II will involve significant expenditure.”

Regarding Classes I and II, it was noted in Paris that the 2013/14 year saw many strikes in South America, affecting numerous entered vessels and producing a large number of claims, as well as various issues in Africa. In the Far East, problems occurred in places less well known for delays, such as Hong Kong and Indonesia.

The directors plan to cover part of the anticipated shortfall from contingency funds, but nevertheless advise members to budget for a 30% closing call, the release call being 40%.

The 2014/15 year has begun with a similar level of claims as 2013/14, with strikes and other delays hitting a wide range of countries, and members have been advised to budget for a 30% closing call, with a release call of 40%.

Meanwhile, he added, strike and other delay incidents are proliferating. In recent months, for instance, some of the worst flashpoints have been in Canada (Vancouver), China (Ningbo), USA (Seattle and Tacoma), Australia (Port Hedland), Argentina (Rosario), India (Mombasa), Chile (various ports), France (Marseille and Corsica), Israel (Haifa), and Costa Rica (Limon and Moin). There has been a 24-hour strike this week by port workers in Belgium, and a national general strike is being mooted for December 15.

In the United States, there has as yet been no new agreement on an employment contract that expired in July which covers dock workers at 29 West Coast ports. Manufacturers and retailers have warned that a port shutdown would cost the economy approximately $2 billion a day.

The Strike Club is now in its 57th year of business. This month its rating of BBB+ with stable outlook was maintained by Standard & Poor’s. S&P stated: “The stable outlook reflects our view that The Strike Club’s extremely strong capital adequacy will endure, and will offset the inherent business risks of an organisation of this size and focus. We also anticipate that the club will maintain its market leadership in the niche of strike and delay insurance.” S&P noted that the club is the world’s only dedicated mutual covering loss of time on a named peril basis.

In addition to its core business of providing mutual delay insurance, The Strike Club offers a number of fixed-premium products, as detailed below.

News from The Nautical Institute 27 Nov 2014