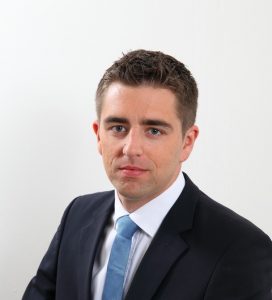 World’s millionaires are worth a total of $52trn and Asians are racing ahead, London conference is told By James Brewer

The number of millionaires globally is expanding, as is their wealth, according to an expert presentation at the second Shorex Wealth Management Forum to be organised in London.

The ranks of high net worth individuals (HNWIs) grew by nearly 2m in 2013, to reach 14m. This 15% growth rate was the second largest annual increase since 2000.

HNWIs are defined as those with $1m or more in financial assets, excluding their primary residence, collectibles and consumer durables. People with $30m and more are considered ultra high net worth individuals.

The data was collected by Capgemini Financial Services and Royal Bank of Canada for their World Wealth Report 2014.

Disparities in wealth have been highlighted by surveys elsewhere, including recent research by Oxfam that the number of billionaires has doubled since 2009, and that the richest 85 people have the same total wealth as the poorest half of the world’s population.

Mr Wilson said that the ultra-high net worth individual population and wealth growth in 2013 outperformed other wealth bands in all regions except Latin America.

The continuing strong position of Japan is likely to be the result of the country having less euro-zone risk, the state of the global economy, and domestically the “three arrows” policies of Prime Minister Abe (although these policies are falling out of favour among economists), and the European origin of some of the investors.

HNWIs prefer to seek professional advice, work with a single firm, receive customised services and have direct contact with wealth managers, said Mr Wilson. He emphasised that regardless of age, wealth level, and advice needs, HNWIs are demanding digital capabilities from service providers.

Two-thirds of HNWIs would consider leaving their wealth management firm if an ‘integrated experience’ is not provided. Clients under 40 are especially insistent on a digital interaction. Already, 57% of HNWIs say that all or most of their current wealth management relationship is digital, and this will increase to 64% in the next five years.

The conference, at the Westbury Hotel in Mayfair, was described as a networking platform for providers and distributors of financial products and solutions to international HNWIs. Attendees included representatives of family offices, private bankers and fiduciaries who together have some 1, 000 clients from Russia, Kazakhstan, Brazil, China, South Korea, India and elsewhere.

Latest Shorex event is in Geneva on December 3 2014 at the Grand Hotel Kempinski.