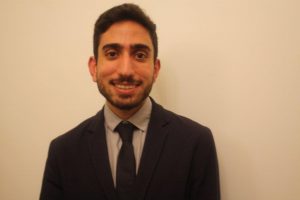 Working-class people who once depended on the great maritime cluster around Piraeus for employment and a sense of community have lost faith in traditional institutions – but are striving to rebuild local solidarity.

Thousands of residents, many of them skilled tradespeople, have been left by the Greek crisis with minimal or zero income and have become ineligible for welfare payments. They are contemptuous of their old political party Pasok and of the formal trade unions and have had to turn to new community organisations that are springing up.

A grim picture of life in the poorer parts of Perama, which lies to the west of the port of Piraeus, was meticulously detailed at a lecture in London as part of the Hellenic Observatory 2014-15 Seminar Series, by Alexander Kentikelenis, research associate in the Department of Sociology of the University of Cambridge.

His lecture theme was The newly disadvantaged: responses to rapid socioeconomic change in Greece. It centred on those who suffered “double exclusion, ” from the welfare state and from the market. These ‘newly disadvantaged’ people have had to find new mechanisms for coping. The deep crisis had resulted in hardship and social dislocation for a substantial proportion of the country’s population.

The crisis had been blamed by some on the “profligate welfare state, ” but Greece was not spending more than other countries in the euro-zone… it was spending on the wrong things, and that was never translated into a reduction of poverty. The welfare state failed the most vulnerable at a time when they needed it most.

Health spending was capped, and today Greece has one of the lowest health spending shares of gross domestic product in the euro-zone countries. Between 2007 and 2011, there was a 47% rise in people who felt they did not receive their medically necessary healthcare.

Welfare regulations which had not been updated “to take into account realities” meant that in 2013, only 12% of the 1.4m unemployed were receiving benefits. In 2010, 36% of the unemployed had been granted benefits.

Mr Kentikelenis spent five months studying the impact of hyper-austerity on a community that was once intensely bound up with maritime industry activity in Piraeus. His findings made grim reading because he concentrated on the slump in living conditions among working-age adults – he excluded from his survey youth, pensioners and immigrants “who were affected by the crisis in different ways.”

Many residents of the neighbourhood he researched were once employed by shipping companies, oil refineries, port services and shipbuilding, and had settled in low-cost housing close to what is the principal port of Greece.

Unemployment in this area with a population of around 25, 000 was now over 50% – it was one of the areas of the country most affected by the economic crisis. Mr Kentikelenis set out to find out how newly unemployed workers were responding to adversity, when their previous reliance on material, institutional, social and cultural resources to maintain their livelihoods was undermined. 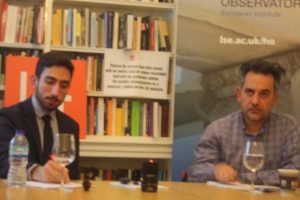 Perama once had abundant work: it was in effect built between the 1940s and 1970s by people working at the port. Now you did not even year the sound of a building site hammer, said a man interviewed by Mr Kentikelenis. Some people had worked for 15 to 20 years but were now could not afford basic necessities. One woman met by the Cambridge academic used to throw out surplus food, or buy an extra loaf of bread to give to a beggar in the street. “Now she cannot afford to buy two loaves to feed her family.”

Voting in the area had changed radically from what was once largely a two-party system: in the last election, 36.3% chose the left-wing Syriza party, 18.6% conservative New Democracy, 9.4% the neo-Nazi New Dawn, and “many people abandoned Pasok, ” a party that once had loyalty in the area, and a considerable grip on power.

Mr Kentikelenis said that the already under-developed welfare state cut service provision even further, as the government attempted to meet the harsh financial regime demanded by international creditors. An increasing share of the population received neither income from work, nor benefit from welfare. “Their standard of living has deteriorated, and their social status has declined” said the Cambridge sociologist.

A new dynamic had emerged in Perama, with “non-state actors” providing services. A large global charity had established a primary care practice in the neighbourhood, staffed by voluntary doctors and nurses, and also providing basic necessities like food. People have to prove that they cannot access public welfare services, and those eligible get a box of food every month. The Church also provides some services, primarily a soup kitchen.

Mr Kentikelenis told of a woman in her 50s crying. She had been brought to a social assistance clinic by her son, and was ashamed because she thought she saw her friend looking at her from a balcony opposite. “Such incidents are not unique. Resorting to a clinic like this for the first time was generally described in terms of shame and embarrassment.”

Another interviewee, aged 48, whose husband had been unemployed since 2010, said her family no longer celebrated occasions like birthday parties. “We have become isolated… sleep has become a luxury. My husband takes sleeping pills.” How much longer such people would be able to support their families was an open question.

A body called the Open Assembly had been established in the neighbourhood, inscribing on its banners slogans such as “Paving the way for overthrow” and “Fairness and Equity.”  Its rules were: “no fascists, no racists, no Golden Dawn members.” The assembly offered member-to-member services, such as volunteer teachers and lawyers. “What we do here is on the basis of solidarity, ” said one supporter of the assembly. Some of those he met asked him about Argentina, because they had heard a little about worker collectives being set up there.

He knew of groups getting together for social solidarity across the Athens area: “it varies quite a lot as to what they do and how they do it.”

When people were doing well before the crisis, many had abandoned the trade unions. Overwhelmingly they felt the unions had let them down by becoming “an insider organisation” and harboured negative feelings about them, but at the same time longed for a “unionisation” approach.

The positive side of the “snapshot” of Perama taken by Mr Kentikelenis was this: “The discussions were all about, how can we become productive members of society again? This was an area with a lot of shipyards: many people wanted to ask, can we take over the shipyards? Can you look into the legal position on that?”

On the broader canvas, Mr Kentikelenis said that welfare state retrenchment in other countries cast doubt on the future of the so-called European Social Model.

The meeting was chaired by Dr Vassilis Monastiriotis, associate professor of political economy at the London School of Economics.