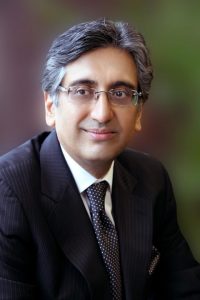 Dr Anil Sharma, president and chief executive of Global Marketing Systems (GMS) Inc, is listed at number 40 in the annual Lloyd’s List top 100 of the most influential people in shipping 2014.

As head of the world’s largest cash buyer of ships for recycling, Dr Sharma is not afraid to be at the forefront of pushing the industry to move to responsible recycling.

At a time when the viability of beaching is being challenged, GMS is a leading light in outlining the complex issues involved to industry forums, regulators and other stakeholders.

GMS sells one in every two ships to Bangladesh recycling yards, and one in every three in India/Pakistan, buying more than 200 ships for scrapping each year. Dr Sharma says he is keen for the industry to clean up its act in a sustainable and measured way.

Although the Hong Kong International Convention for the Safe and Environmentally Sound Recycling of Ships 2009 convention has yet to enter into force, as key countries have not ratified it, GMS is working to establish the green codes of conduct enshrined within the code as proof the industry can lead by example.

The company has also provided technical assistance to a handful yards in Bangladesh so they can meet their own international standards, and show compliance with convention guidelines. Nearly half of India’s yards are already compliant.

So far in the January through to November period, 826 vessels of 31.2m deadweight tonnes have been scrapped, on track to be the lowest levels by volume since 2010. India remains the biggest destination for ships to be recycled, with about 26% of vessels for scrapping ending up at its yards.

In spite of the fall in prices in fourth quarter of this year, the average scrap price for tankers in 2014 has been about 10% higher than 2013.

GMS recently made headlines when non-executive director Dr. Nikos Mikelis, a former IMO official for recycling, challenged European regulators to see first-hand the improvements made on the Indian sub-continent in scrapping, in order to offset moves to ban the practice of beaching ships.

With recycling likely to be one of the hot topics at the forthcoming European Shipping Week in March next year, Dr Sharma is hopeful that European Union legislators will recognise how much has already been achieved through the work that GMS has started.

·         Global Marketing Systems, Inc (GMS) was founded in the USA in 1992 after it started acquiring naval vessels for scrap from the US Maritime Administration in Washington DC and has since grown into becoming the world’s largest Cash Buyer of ships for recycling.