New ISSA President outlines priorities for the year ahead 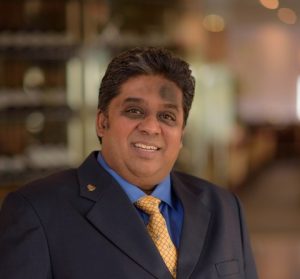 The new President of the International Shipsuppliers & Services Association (ISSA), Abdul Hameed Hajah, has outlined his priorities for the year ahead with innovation and cross industry co-operation sitting at the top of his agenda.

Mr Hajah, who officially took over as President of ISSA on 1st January this year, has highlighted innovation and improved productivity in the supply chain as key processes in the efficient management of today’s ships. A highly efficient and strong international ship supply industry is crucial to this process, he said.

This stance by Mr Hajah, who is based in Singapore, links in with the Singaporean Prime Minister Lee Hsien Loong’s New Year’s message which calls on his people to “redouble our efforts to help companies and workers upgrade, and become more productive.”

2015 is a significant year for ISSA as it celebrates 60 years of existence which will be marked by its Annual Convention and Trade Exhibition on 24th to 26th April as part of Singapore Maritime Week.   This year also heralds the 50th anniversary of Singapore’s independence.

During his three year Presidency, Mr Hajah would like to encourage more ship owners and ship managers as well as suppliers and sub-suppliers to participate in ISSA regional meetings and conventions so that a more rounded view of the issues facing the industry can be discussed.  He is well placed to facilitate this given his excellent links with both European and Asian shipping organisations.