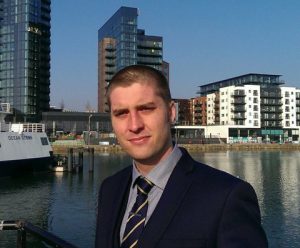 The partnership will allow the Southampton-based recruiters access to an unparalleled network of global marine contacts putting it at the heart of the world’s maritime industry.

“No one works harder in the marine sector to deliver the best service to seagoing and shore-based professionals and recruiters, ” said Alasdair MacMillan, Managing Director, ITS Marine.

“We are attuned to the needs of the industry and understand that partnering with IMarEST will add invaluable benefits to clients, not least of which will come from furthering our professional network worldwide.”

IMarEST and its Special Interest Groups will also help keep ITS Marine at the heart of the maritime decision-making community and in the vanguard of marine news, he added.

Since it launched in 2013, ITS Marine has forged strong recruitment partnerships with multiple, reputable ship owners and managers across the offshore, cruise and dry bulk sectors.

Mr MacMillan added, “Our focus is on the quality of our service, our credibility in the market and the accuracy of our search according to the mandate. The partnership with IMarEST will cement our reputation as the informed recruiter of choice in the shipping industry.”

With a worldwide membership of 15, 000 in more than 100 countries, IMarEST is the largest marine organisation of its kind in the world. It is the first institute to bring together marine engineers, scientists and technologists into one international multidisciplinary professional body.

IMarEST’s Chief Executive, David Loosley, said, “Our aim is to build a long-term relationship with ITS Marine to support them where possible and to engage their valuable participation within the marine sector.”

IMarEST’s worldwide calendar of conference and events provides an ideal opportunity for ITS Marine to boost its international profile, he added.

ITS Marine’s company profile will appear on IMarEST’s website and staff will benefit from the networking opportunity of the Institute’s prestigious annual dinner attended by some of the most respected names in the marine industry.

Since it launched, ITS Marine has established a reputation as the go-to recruiters for the marine industry, widely regarded as a client’s trusted recruitment partner rather than a last resort.

About ITS MarineITS Marine is a global marine recruitment consultancy delivering staffing solutions for the Oil and Gas, Cruise, Yacht, Marine Offshore, Renewable, and Research sectors, and placing both seagoing and shore-based professionals.

Headquartered in Southampton, UK, ITS Marine works with some of the world’s leading ship owners and managers and caters for both shore-based management and senior marine personnel. Founded by industry veteran Alasdair MacMillan, ITS Marine is a member of IMarEst and draws on vast industry knowledge from its team of highly trained professionals, to offer a collaborative viewpoint that is both fair and honest. For more information please visit their website at www.itsmarine.co.uk