ICS hopes for progress on facilitation on shore leave… 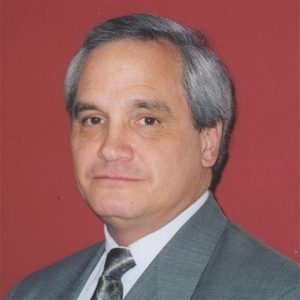 The International Chamber of Shipping (ICS) is hopeful progress can now be made towards improving the facilitation of shore leave and crew transfers for the world’s 1.5 million merchant seafarers, who collectively transport about 90% of world trade.  This follows important recommendations by an International Labour Organization (ILO) tripartite meeting of employers, seafarers’ unions and governments in Geneva last week, at which ICS co-ordinated the shipowners’ representation.

The ILO meeting considered possible adjustments to the Seafarers’ Identity Documents Convention (Revised), 2003 (ILO 185), and outlined a pathway that could bring about improvements to the welfare of seafarers while addressing the legitimate security concerns of governments.

ILO 185 requires ratifying nations to issue resident seafarers with Seafarers’ Identity Documents (SIDs), and to facilitate the entry of foreign seafarers holding SIDs into their territory for the purposes of shore leave, transfer and transit.  However, since its adoption in 2003, the Convention has failed to achieve widespread implementation, in large part because the technical standards adopted have been superseded by the technologies and infrastructure now used for the issuance and verification of ePassports.

Last week’s meeting brought together governments and the ILO ‘Social Partners’ in order to consider these issues and to make formal recommendations to the ILO Governing Body on options that might help to bring about the further ratification and more widespread implementation of ILO 185.

Most notable among the recommendations agreed by the tripartite meeting was a proposal that the technical specifications for Seafarers’ Identity Documents, within the annexes to ILO 185, should be updated in order to bring them into line with those technologies currently used for ePassports.  In practice, this would mean the inclusion within SIDs of a facial image biometric and a digital signature, both stored on a contactless chip, making SIDs inter-operable with the infrastructure used by most countries to issue ePassports and to verify them at their borders.

The Shipowners’ Spokesperson for the meeting, Joe Cox (President of the Chamber of Shipping of America) explained: “The principal concern of shipowners with respect to ILO 185 has always been that it should help to ensure seafarers’ access to shore leave and their ability to join or leave a vessel in a foreign country.  But technical issues have clearly prevented widespread implementation by governments.  In addressing some of these issues, the meeting’s recommendations have outlined a potential way forward that could make it easier for governments to ratify and implement this important Convention.”

The recommendations will be considered by a future meeting of the ILO Governing Body which will consider whether the proposed measures should be taken forward.

“The effective implementation of ILO 185 is of great importance to the welfare of seafarers and the efficiency of the global shipping industry, as well as addressing the legitimate security concerns of governments” said Mr Cox. “It will therefore be incumbent upon the ILO Governing Body to give careful consideration to the recommendations that have been put forward by this ILO tripartite meeting.”

Japan puts its support behind beaching yards in India