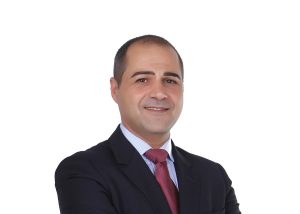 AAL, one of the world’s leading global breakbulk, project cargo and heavy lift shipping operators, today announced plans to further increase the size of its fleet to over 500, 000 dwt in 2015. Comprising of owned and chartered vessels, the move will add needed capacity to the multi-purpose sector’s youngest and most advanced fleet, in support of growing global demand.

The award-winning operator further announced it had doubled revenues in the past two years, increased its market share in core regions and grown from an Austral-Asian carrier to a truly global operator with the expansion of its fleet, trade routes, services and operational infrastructure on a worldwide scale. As a result, the company has recently rebranded its global operation from ‘Austral Asia Line’ to ‘AAL’ – a move which has seen the development of new and innovative communications tools, media and channels, both traditional and online.

“Despite the challenges we all face in today’s shipping industry, AAL has continued to realise strong growth and performance, ” said Kyriacos Panayides, Managing Director, AAL.

“This growth has been largely achieved by managing our operational costs, maximising efficiencies within our fleet and expanding into new markets. Most importantly, we have built successful, partnership-based relationships with our customers, who value our reliability and commitment to HSE and service. They trust us to create solutions that deliver. These long-term relationships have created the foundation upon which we are expanding our global operations and the increased customer demand that allows us to enrich our fleet and service portfolio.”

Established in the Netherlands in 1995 and headquartered in Singapore since 2008, AAL is celebrating its 20th anniversary in 2015. While North Asia is a traditionally core market for the company – having only recently opened its latest office in Tokyo, Japan – it is also strengthening its foothold in other regions, such as Europe and North America. In the past nine months, the company has also won two industry awards for shipping excellence – the first in China (‘Best Shipping Line, Project Cargo, 2014’ – Asian Freight & Supply Chain Awards (AFSCAs)) and the second in Canada (‘Best Maritime Cargo Provider 2014’ – Cargo Logistics Canada Awards of Excellence 2015).

He added, “Our business model is not reliant upon any one industry sector, or market – which we see as crucial in today’s volatile economic climate. We harness a flexible and entrepreneurial strategy, which allows us to not only grow our operations and our fleet when necessary to meet customer demand, but also to seek out opportunity for sustainable growth – wherever those opportunities might be.’

AAL is one of the world’s leading global breakbulk, project cargo and heavy lift shipping operators, providing a unique dual tramp and liner service for its customers throughout Asia, Europe and the Americas. Established in 1995, the company operates the youngest fleet in the multipurpose (MPP) sector, comprising of owned vessels as well as chartered-in tonnage, all specifically designed for transporting heavy lift and project cargoes, traditional breakbulk, earth moving equipment, wind energy and offshore equipment and floating cargo such as boats and yachts.

AAL was named ‘Best Maritime Cargo Provider 2014’ at the 2015 Cargo Logistics Canada Awards of Excellence. The award win follows a sustained two-year period of investment and development for AAL in the Pacific region, which saw the establishment of the Pacific Service in 2014. AAL also won ‘Best Shipping Line – Project Cargo 2014’ at the 2014 Asian Freight & Supply Chain Awards (AFSCAs) for demonstrating superiority in quality customer service, flexibility in approach, delivery of cargo at the agreed schedule and damage-free handling of cargo. AAL is headquartered in Singapore and is a member of the Schoeller Group, a reputable name in the maritime industry. www.aalshipping.com