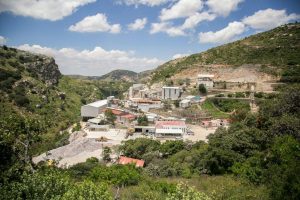 Mexico has been a leading producer of silver since the 16th century – and some of the old mining districts just keep on giving, thanks to modern exploration and exploitation methods. Executives of Endeavour Silver Corp, one of the companies developing finds in the mineral-rich Guanajuato province and two other states, had promising news when they travelled to London and other European centres in April to update investors on output for the first three months of 2015 and on their near-term strategy. 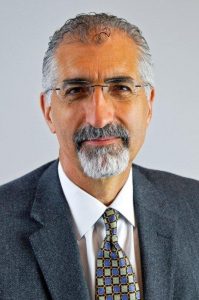 Endeavour Silver (which trades under the symbol EDR on the TSX exchange) reported that the strong tone set since the company acquired its first mine in 2004 – its annual silver production has increased for 10 consecutive years – continued into 2015. The company, one of the world´s fastest growing silver mining companies, operates the Guanaceví mine in an area of many historic mines in the state of Durango, and the Bolañitos and El Cubo mines in Guanajuato state.

In 2014, from its three high-grade underground mines, Endeavour produced 7.2m oz of silver and 62, 985 oz of gold. Included in this success was progress at its El Cubo property, where production had stuttered under a previous owner due partly to conflict with the mineworkers, but where now labour relations are said to be excellent.

“The Phase 2 expansion now well underway at our El Cubo mine to drive cash and all-in operating costs down further, and the pre-feasibility study on Terronera scheduled for completion in the late third quarter, should both be positive catalysts for our share performance this year, ” remarked Mr Cooke.

He hopes that this will facilitate Endeavour’s goal of becoming a premier silver producer. The firm, which concentrates on districts that were previously poorly explored, sells its products to metals trading houses as well as directly into the spot market. 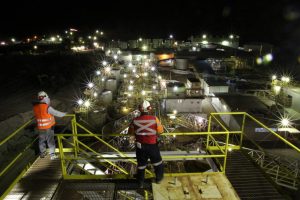 Endeavour is building its short and medium term strategy on the silver price rising from a low of US$15 to $18 or $19 late this year, and according to some analysts, the outlook is bright for reaching something of the order of $28 within five years. The company estimates that the entire precious metals mining sector is currently with all-in costs of production of around $1, 200 per oz gold and $16 silver.

Mr Cooke is optimistic about the macro-economic outlook for silver and gold as commodities. “In spite of the strong US dollar, the fundamentals for gold and silver are slowly improving, ” he said. “There was a 10m oz silver supply-demand deficit last year after many years of surplus supply.  As well, wealthy mining investors like Ross Beaty and Lukas Lundin have recently been making select investments into gold exploration companies.”

Stronger fundamentals supporting higher metal prices should be a boon to the share prices of precious metal mines like Endeavour.  Almost all resources companies have been out of favour on stock markets for the last couple of years because of falling gold and silver prices.

Supporting the optimism are signs that India is on track for another strong year of silver imports, following record purchases in 2014, in a pace described by one analyst as “stunning.” When the price falls below $16 per oz, the Indians tend to ‘sweep’ the market as the Chinese have done with gold below $1, 200 per oz.

On the supply side, silver is seeing annual increases of new mine production of around 3%. “In the silver space, that is not enough to keep up with demand growth, given the importance of silver in electronics and many other uses, ” said the chief executive.  “If we look forward five years the demand deficit could grow to about 55m oz.” 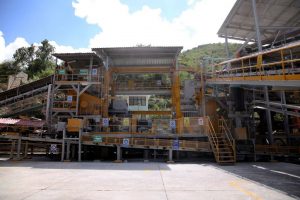 Supplies of silver are already slowing because of lower recycling of scrap, and lower government sales.

The company sees itself as having an educational mission in regard to its specialities, and has created an online resource called the Endeavour Silver Hub – “a place to learn about silver and how the silver industry works.”

It says: “We have discovered that a lot people don’t know about silver. We want to change that, and the Silver Hub is a good way to start. Silver plays a vital role in many industries, and we are proud of our role in producing it.”

With a $196m market capitalisation, the company had $31m cash at the close of 2014, and $10.9m worth of finished goods. Its largest shareholder is the van Eck index fund followed by Mexican-based mining group Fresnillo. It has supported itself by means of cash flow for several years – the last equity raising was in 2010.

In 2014, the company completed a $67m mine expansion at El Cubo to 1, 550 tons per day capacity. “When we bought El Cubo in 2012, it was our highest cost mine, ” said Mr Cooke. “After putting up with two years of losses, this year we expect to complete the operational turnaround so the mine can make money.” The new plan just launched will raise output at El Cubo by nearly 50% at a cost of $4m.  The increased production would bring El Cubo to 2, 200 tons per day by utilising available capacity at the Bolañitos processing plant.

Of El Cubo, the Endeavour Silver chief said: “We have built a solid relationship with the labour union. It was not easy, but we have made great strides in co-operation. We needed the people to work Sundays, and the union had never worked Sundays. We told them, this is a money-losing mine and we have to choose:  either close the mine or expand it.  Their co-operation is critical in delivering the current mine expansion to drive costs down.” 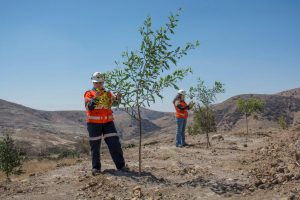 Meanwhile, the company delineated a high-grade discovery at Terronera (formerly known as San Sebastián) and received a government mine developmentapproval last year. Terronera is located behind a mountain range, an hour’s drive from Puerto Vallarta. This was “a great discovery, ” said Mr Cooke – “the first bona fide new silver discovery in the last five years in Mexico.”

Endeavour has received a socially responsible company award for all of its three mines. It planted 44, 000 pine trees and other plants as part of a reclamation programme – making it possibly the biggest tree planter in the country! The firm is keen too on promoting diversity.  Mr Cooke says that despite the paucity of female professionals and trades people in the mining sector, “we have been able to attract qualified women to certain positions, ” including trainee geologists.

Although Mexico has a poor reputation in regard to organised crime, the security and social issues are localised. “None of our operations has suffered any direct negative impacts from security problems, ” said Mr Cooke. “We have standard security in place, but the first defence is the relationship with the local people, and we have done that rather well with all three mines.”

Mr Cooke, a geologist and entrepreneur with 38 years of experience in the mining industry, said: “This year is a tale of two assets for Endeavour, expanding our El Cubo mine and evaluating the Terronera project for production.  We will also continue to expand discoveries at all three mines, and we think we stand out in our sector for driving our costs down, and delivering growth.”