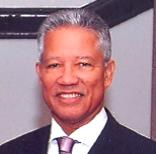 The Admiral’s award was in recognition of his dedicated work in the sphere of maritime training.

Rear Admiral Brady chaired the International Maritime Organisation’s (IMO) STW Sub Committee for almost 10 years and was Chairman of the Committee of the Whole at the Diplomatic Conference in Manila which amended the STCW Convention and STCW Code.

As the head of the Maritime Authority of Jamaica (MAJ) which has academic and regulatory oversight for the delivery of high quality comprehensive nautical and marine engineering training at the Caribbean Maritime Institute (CMI), he has ensured that policies and systems are in place for the continuous monitoring of the standards of training and that only qualified lecturers deliver training. Additionally, he ensures that the quality of examinations which are set by the MAJ are consistent with the standards required by the STCW Convention for which Jamaica is a “white listed” country. This has resulted in seafarers trained at CMI having an excellent performance record internationally.

More than 350 leaders of the global maritime industry and dignitaries attended the awards dinner at London’s Guildhall. Admiral Brady was presented with a unique hand crafted trophy by the Guest of Honour Koji Sekimizu, Secretary-General of the International Maritime Organization.

Praising the STW team he led and also the IMO secretariat for their excellent preparation of the Manila recommendations, Rear Admiral Brady said: “I feel greatly honoured and humbled to be recognised on this global stage and receive this award, particularly in the presence of some of the world’s maritime leaders. It was very important to me to be able to play a part in improving the training and standards of seafarers around the world and to make them consistent with the latest technologies and I thank the Maritime Authority of Jamaica and the IMO in particular for giving me this opportunity.”