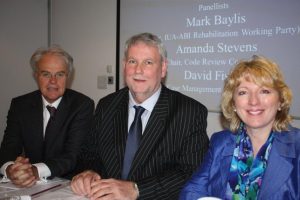 Insurers and other UK practitioners prepare to issue updated guidelines for rehabilitation of personal injury claimants,  By James Brewer

A London meeting of insurance and other practitioners to discuss the planned new Rehabilitation Code and accompanying Case Manager Guide has given voice to concerns about the way in which some personal injury cases are handled.

Experts are updating and reviewing recommendations in the code and the guide, which apply to the whole of the UK. A working party is seeking to minimise the risk of inadequate or inappropriate treatment being delivered, and is taking into account recent legal developments and changes in the way that claimant lawyers and insurers handle claims. Planned new features include the introduction of 10 ‘markers’ which can be used in ‘lower value’ cases to assess more accurately the rehabilitation needs of a patient.

Co-ordinated by the International Underwriting Association, the briefing sought to inform professionals about the detail of the draft documents, and to obtain feedback ahead of final versions which it is hoped will be published in summer 2015. This followed consultations earlier with relevant associations. 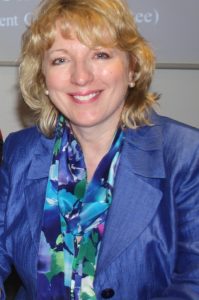 Around 100 people – insurers, reinsurers, lawyers in the field of personal injury, and case managers – crowded into the meeting. “This very good turnout reflects the interest in the code, ” approved Mark Baylis, chair of the IUA-Association of British Insurers rehabilitation working party, which includes representatives of the disciplines mentioned.

Mr Baylis said that the scale of response to the proposals had been far greater than in consultations on the previous two versions. He encouraged people to submit promptly any further comments and desired redrafting of clauses to enable work to be completed within a few weeks.

The initiative comes at a time when the number of personal injury claims is forecast to go on rising. According to a Harley Street practice, the London Pain Clinic, there are in the UK more than 1, 300 firms offering personal injury claims management services and such firms generate around £300m in annual revenue.

The Rehabilitation Code promotes rehabilitation and early investigation to ensure that an injured person makes the best and quickest recovery. The code encourages claimant representatives and “compensators” (i.e. insurers) to work together in order to achieve this. The aim is that health, quality of life, and ability to work are restored before – or at the same time as – the process of assessing compensation.

Amanda Stevens, chair of the code review committee, had also helped draft the 2007 version of the code. She said: “We have tried to emphasise that it really is the quality of life we are striving to address, it is not just about the process. So for the first time we have introduced 10 markers, things which can nudge people out of the normal pure monetary value [consideration]. The concept [of markers] seems to be quite well thought of but people think we can flesh it out a little more.”

Ms Stevens, a partner at law firm Irwin Mitchell and a former president of the Association of Personal Injury Lawyers, said the markers dealt with aspects that could affect the rehabilitation assessment and therefore the treatment, in relation to claims below £25, 000. Such markers should be considered in all cases when assessing an injured person’s rehabilitation needs.

The 10 factors in the draft code are: age, pre-existing physical co-morbidities [additional diseases or injuries], return-to-work issues, dependants living at home, geographic location, mental capacity, activities of daily living in the short and long term, psychological co-morbidities, fatalities of others injured in the same accident, and length of time post-accidents. During the IUA meeting, one participant urged that the impact on children of having an injured person in the family should be added to the list. 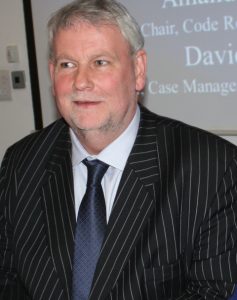 The separate consideration of claims below £25, 000 is in line with the Civil Procedure Rules definition of low value, although it is stressed that even injuries in that category can have life-changing effects.

Mr Baylis said that while most case managers did a great job, a significant minority was letting the side down. It was felt by some in the audience that there was no need to incorporate this assertion – nor that “that those who commission case managers can have unreasonable expectations“ – into the guide for case managers. Apart from that, the draft was praised for its “excellent content.”

David Fisher, chair of the working party’s case management guide committee, was sharply critical of how the system as a whole operated.  He said: “The personal injury process is, it is pretty fair to say, dysfunctional. It is also awash with money… a lot of organisations have made personal injury litigation a very lucrative business.”

A member of the audience added: “Solicitors can lose sight of the person, beyond the number.  I do know of cases where this has happened.” To that comment, a lawyer responded: “I work with a number of insurers in catastrophic injuries [cases] and have not experienced that. There is good work I see consistently across the industry on the high level claims.”

One professional stated that the whole sector was “market-driven” and one did not see the same regard given in the lower value claims as in the higher value claims. The criticism amounted to the alleged omission of quality and governance in the lower end of the document.

There was also some concern about dividing the provisions of the code into the three areas of high, mid-range and low value. Rather than size of claim, it is the impact on a person’s ability to recover that counts, this argument ran.

Some people in the meeting urged a strengthening of the code beyond the ‘immediate needs assessment.’ From the meeting panel, it was said: “We do not take it beyond the immediate needs assessment because the parties can carry on and make the relationship of trust. That is what happens all the time at the moment if people are using the process correctly.”

Mr Baylis said that the claimant lawyer and insurer should by themselves have a collaborative relationship by the time the immediate needs assessment is completed. “If they do not, there is not much point in putting in an extra clause.”

Another comment was that making a longer guide was not necessarily going to help that trust.

A question: what happens when there is denial of liability at the outset of a case?  Ms Stevens said that consideration of rehabilitation should have begun ahead of working out the liability issue. She added: “Some insurers have told us that in cases of catastrophic injury they would still authorise some up-front funding – I do not know how widespread that is.” Through the code, the process was being nudged forward.

Some experts in the sector are calling for case managers to be accredited. A speaker from the care provision side said: “We are working on an educational pathway. It requires validation, peer reviews, referral tools. That … costs a huge amount of money. We are working on it within the case management profession. There are some case managers who have been accredited externally.” She underlined: “The work we are doing within the three case management organisations is all voluntary.” Mr Baylis said the working party had looked at the question of requirement for accreditation on several occasions. “It is a great idea, but it is a resource issue.”

The code says that the case manager must be professionally and suitably qualified, and in relation to the most severe life-changing injuries should normally be registered with a professional body appropriate to the severity of the injuries.

Mr Fisher, a technical claims manager at AXA Insurance and long-time advocate of rehabilitation, said that having a professional qualification did not, in and of itself, make a good case manager. “In that regard, the purpose of the guide is to try to improve the process. Case managers were intimately involved in the writing of the guide.”

Ms Stevens said that too much emphasis on writing rehabilitation reports would add to cost. “We have made a big effort to streamline the code, to make it less expensive.”

On the question of the need for independence of the case manager from litigants, the draft code says  that the individual or organisation should not normally have provided a medico-legal report to the claimant nor be associated with anyone who has done so.

A leading personal injury lawyer said that all concerned must make sure the service people get is tailored to their specific needs. “We need to make sure that the claimant is at the heart of everything we do.”

Albeit a voluntary instrument, the Rehabilitation Code has been highly influential since its appearance in 1999. The 2007 edition has been written into corporate guidelines by many insurance operations. the code is attached to the personal injury pre-action protocol, so that it has some weight in the legal process. Wording is being updated in response to the changed legal environment occasioned by the Jackson Reforms of 2013 to civil litigation funding and costs, and the dynamics of the personal injury claims process. The planned 2015 edition is more ambitious and far reaching than previous earlier versions, said Mr Baylis.