Macho behaviour, patronising colleagues and safety fears are putting women off working in the fishing industry 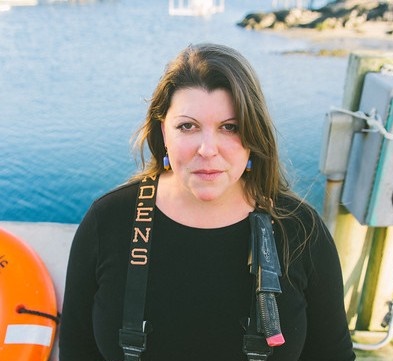 A poll* of over 1, 000 women has found that working in a ‘macho’ atmosphere is the characteristic most likely to put a woman off a job in a traditionally male orientated industry, such as maritime or military. Safety concerns and dealing with patronising colleagues are also among the biggest job turn-offs for women.

The research, conducted by foul weather clothing manufacturer Stormline, found that it is the work environment – not the work itself – that has the biggest influence the attractiveness of a job. Pay levels, wording on job adverts and being asked to carry out boring work were found to be less off-putting.

A February 2015 poll** of 1, 073 people conducted by Stormline identified the ten industries perceived as most ‘manly’ among UK adults (see table below). A separate poll of 1, 019 women conducted in April 2015 measured attitudes towards jobs in those industries by asking participants to identify the most off-putting characteristic of each industry.

Military (53% identified ‘safety’ ), marine and fishing (39%) and intelligence (31%) were the industries perceived as being the most unsafe by women. 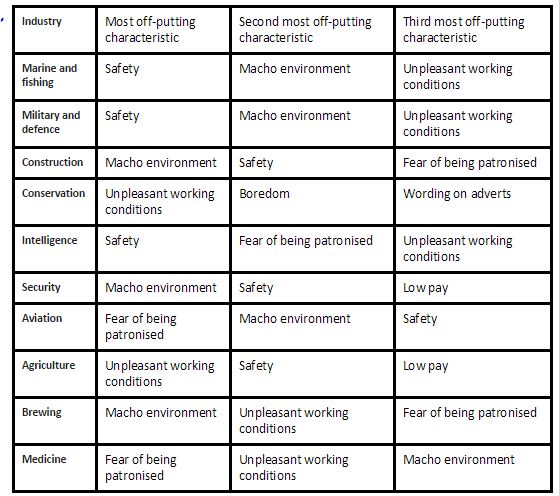 Top Ten ‘Manly’** industries and their most unattractive characteristics

Genevieve Kurilec is a commercial fishing captain and runs the Chix Who Fish Facebook group and website. She believes women are a balancing presence in dangerous, macho environments. “In my experience women tend to be more safety conscious and detail oriented, which makes us an excellent asset to any crew working in a dangerous occupation.

“There will always be men in society who are patronizing towards women. The camaraderie found in the majority of the commercial fishing industry far outweighs the petty few who do not recognise the capabilities of women employed in marine occupations. If you do your job, put in your time and take care of your vessel you will earn the respect of your fellow fishermen, gender notwithstanding.”

Regan McMillan, director of Stormline believes so-called ‘manly’ industries need an injection of female talent. “Safety fears, especially in the marine industry where Stormline operates, drive away lots of talented professionals, both men and women. While the marine industry in particular isn’t for the faint-hearted, technology has changed dramatically over recent years and safety has improved a lot.

“I would encourage anyone, male or female, considering a marine career, to speak to people currently working at sea to get their take on it. Social media is great for this and if it helps increase the number of women in our industry, that’s only going to be a good thing.

**Stormline surveyed 1, 073 UK adults between the dates of February 2nd 2015 and February 25th 2015, of whom 611 were men and 462 were women. Participants were asked to rate over 200 predominantly male industries and professions (according to the Office for National Statistics**) as one of the following;

About Stormline
Stormline is a family business founded in 1966 by George McMillan in Invercargill, New Zealand. The company manufacturers high quality workwear for a range of industries. https://www.stormlinegear.com/