Top Posts
The BDI drops down to 1,540; Wets maintain...
John Faraclas of All About Shipping contributes to...
Irene Rosberg addresses the 22nd Parliamentary Intelligence-Security Forum
Ready to hit the water? So are these...
Coach Fall/Winter 2022: A Collection That Feels Like...
Badgley Mischka Fall/Winter 2022: Wearable Sculpture in Ultra-Chic...
Power, philosophy and heroism of central bankers, and...
New superyacht goes up in flames
American Club Circular no.23/22 – EU Sanctions –...
Hot Port News from GAC
Ulla Johnson Fall/Winter 2022: Organic Forms and Nature’s...
American Club Member Alert (August 12, 2022) re...
Witherbys leads the way in digitisation as 5,000...
Home HREducation and Training Training firsts for Myanmar seafarers 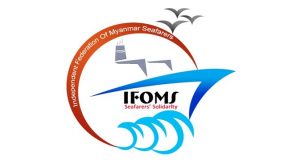 More than 160 members of the ITF-affiliated Independent Federation of Myanmar Seafarers (IFOMS) attended ITF workshops to increase their awareness of the Maritime Labour Convention 2006 (MLC) and understand how to enforce the rights contained in the convention.

The one-day workshops in Yangon from 27-29 July revolved around sessions on the basic rights contained in the MLC and how to enforce them, and the role of the ITF’s network of inspectors and contacts. The workshops were an ITF pilot, and the federation hopes to run more soon in other labour-supply countries.

“For decades our seafarers have been victimised and exploited by crooked crewing agents and by a system that blacklisted and punished seafarers for standing up for their basic rights. We aimed to enable the ITF to hear first-hand about the abuses seafarers face, which are clearly in violation of the MLC, so that we can work tirelessly together to end them.”

One seminar participant, who cannot be named for fear of victimisation, commented that if enough seafarers got together with IFOMS and the ITF, they could bring an end to the abuses.

The ITF also launched its new peer educator training in HIV, health and wellbeing in Myanmar. Thirteen IFOMS members and four of their spouses were trained on 3-4 August so that they can pass on their newly-acquired knowledge to their fellow seafarers on board ship and within their communities.

The ITF’s HIV training programme was extended following a survey of seafarers in 2014, which identified the need for training to address issues such as depression on board ship, nutrition and overweight.

IFOMS was established in 2014 and held its inaugural congress in April 2015.

Don’t believe the hype: London Hotel searches through the roof during tube strike

Help Support the Next Generation

Admission Ceremony for Qualified Solicitors of the Law...