Top Posts
COVID-19, plague, planets, conjunctions, comets, and the Chinese...
Don’t take chances where your health is concerned…
Vital statistics of results of the allaboutshipping 100...
The www.allaboutshipping.co.uk Top Women in Shipping for 2020
Dr. Marina Papaioannou
March, IWD2021 and other Events – WISTA UK
Where will I dock each night on my...
Stena Line aims to become the most diverse...
Raskin says US ready to lead in climate...
American Club Member Alert (March 5, 2021) re-...
GreenVoyage2050: States accelerate action to decarbonize shipping
On-Demand Recap: Leaning into the Future and the...
Life raft for missing fishing vessel Nicola Faith...
New global ISO-standard for ship-shore data exchange
Home Associations Successful IMCA introduction for Singapore’s Denis Welch
AssociationsConstructionHRPerson Profiles 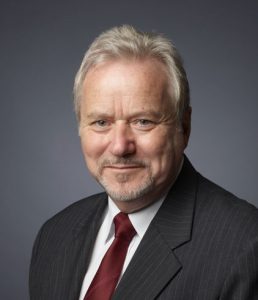 Denis Welch was appointed the International Marine Contractors Association’s (IMCA) Regional Director for Asia-Pacific in Autumn 2014 to ensure that the association has an increasingly active presence in this key offshore oil and gas areas of the world, an area where nearly 25% of IMCA member companies are based.

He looks back over the period since his appointment was publicly announced at IMCA’s Annual Seminar in London in late November 2014:

“I’m a fully paid-up member of the Asian marine community which is centred on Singapore – my home for the past nine years. I was privileged to be offered the new role as Director Asia- Pacific which was announced at last year’s Annual Seminar in London. I combine this with other business interests under my company One World Maritime which I set up in 2009 to help companies expand their operations in the region. My frequent flier airmiles accumulated in Asia are therefore regularly topped-up giving me plenty of opportunity to wave the IMCA flag around the region.

“My role is to be an ambassador for the organisation raising and promoting IMCA’s profile in general and with its members in particular bearing in mind that almost 25% of them are based in Asia. As always with IMCA the real work is done by our technical committees whose dedication and expertise maintain IMCA’s position as the standard bearer for operational excellence and safety in our industry. It gives me a great deal of satisfaction to see IMCA publications referenced in papers and presentations as the definitive standard for offshore operations.

“It is evident that other professional bodies and associations derive value from the published work carried out by our members and staff, and part of my role is to help to develop the network to add value and share relevant experience, ” he adds. “For example, I represent IMCA on the Singapore Shipowners Offshore Committee, and am strengthening our ties with the Singapore Occupational Safety & Health Inspectorate. The XXI World Congress on Safety and Health at Work will be hosted by Singapore in 2017 and IMCA has been given the opportunity to participate.

“During the course of this year I have presented and chaired IMCA sponsored OSV (offshore support vessels) and DP (dynamic positioning) conferences and spoken about IMCA’s role and values at the invitation of oil majors and classification societies in Indonesia, Malaysia and Vietnam, as well as Singapore. All of which is helped enormously by the support from the team at Grosvenor Gardens (where IMCA’s head office is based in London). ‘Can-do lah’ is a frequently heard Singlish phrase my experience is that it’s certainly true of IMCA.”

“Denis has really hit the ground running, ” says IMCA’s Technical Director and Acting Chief Executive, Jane Bugler. “He has ensured that IMCA is well represented in an important area of the world. Indeed only days after his appointment was officially announced, he was invited to serve as an Observer in the meetings of the Singapore Shipping Association’s (SSA) Offshore Services Committee. His actions since his appointment have certainly emphasised the wisdom of appointing someone who is well respected and knowledgeable on the ground in the region; and our members greatly appreciate his involvement.”

About Denis Welch
Denis Welch is based in Singapore and has a track record of Board level appointment in leading international companies and start-ups spanning the marine, civil, automotive and aerospace sectors. He is an elected member of the American Bureau of Shipping, and a member of both the Det Norske Veritas and ABS Southeast Asia Committees. .

Denis established One World Maritime Pte Ltd in 2009 to provide industry knowledge and management support to companies looking to expand or penetrate new markets in Asia; and has had several assignments in this capacity, notably as CEO of the Asia Pacific subsidiary of IHC Merwede, the Netherlands-based shipbuilding and marine engineering organisation; and as CEO of Mermaid Maritime, the Thailand-based drilling and subsea engineering company.

Whilst at Mermaid he was involved in the establishment and listing on the Oslo Stock Exchange of subsidiary Asia Offshore Drilling, which had orders and options for the construction of jack-up rigs at KFELs.