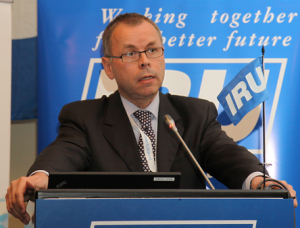 Brussels, 17 September 2015 – CLIA Europe, the association representing Europe’s cruise operators, and ECTAA, the confederation grouping Europe’s travel agents’ and tour operators’ associations, have today debated the EU Visa Policy. Both associations have called on the EU to bring more flexibility to the EU Visa Code in order to facilitate the entry of legitimate tourists and travellers from third countries into Europe whilst maintaining the current high level of security.

Speaking at the European Tourism Forum, taking place in Luxembourg on 17-18 September under the auspices of Luxembourg’s EU Presidency, ECTAA and CLIA Europe called on the EU Member States to ensure a swift adoption of the proposed EU Visa Code, which they are currently debating.

The European Commission’s legislative proposal to revise the EU Visa Code, which was presented in April 2014, aims to simplify current procedures for issuing short-stay visas within the Schengen Area. According to the Commission, existing bureaucratic bottlenecks within the current regime are keeping more than six million would-be tourists from third-countries from visiting the continent. They are also making Europe be one of the world’s most restrictive regions in terms of visa requirements for foreign tourists, and diverting demand to destinations with an open or a less restrictive visa policy, such as the US.

As a consequence, the tourism industry in the Schengen area loses out on a potential 5.5 billion euro in direct contribution to GDP every year, adding up to approximately 113, 000 jobs in the tourism sector.[1]

“Burdensome and costly visa procedures are a deterrent to travelling to Europe. This has a direct impact on the economy in terms of lost visitor spending, business opportunities, employment creation, etc.

“It is very important that the EU institutions recognise the socio-economic potential of a smart visa policy on tourism and the economy, and that they step up their on-going efforts to support the quick adoption of a truly smart European visa policy with clear, simple, accessible, affordable and effective visa processing rules.”

“As competition from emerging markets continues to grow, Europe’s position as the world’s number one tourist destination is increasingly being questioned. A smarter visa policy is required to increase third-country tourists from emerging countries such as China, India and Russia – all important potential source markets for the European cruise industry.

“Better realising the potential could help further expand Europe’s cruise industry. It would also allow the tourism sector to contribute even further to Europe’s economy, generating much-needed economic growth and employment during this crucial time of economic recovery.

“An effective Visa Code should also facilitate the entry and work of legitimate crew members that require short-stay visas to enter Schengen. This is fundamental to improve the way cruise lines operate in Europe.”

ECTAA represents the national associations of travel agents and tour operators of 27 EU Member States, of 2 EU accession countries as well as Switzerland and Norway. In addition, there are two international Members from Tunisia and Morocco.  ECTAA is recognised in Brussels by industry and decision-makers alike as the main representation of both Travel Agents and Tour Operators and is an esteemed consultation partner on any policy that may have an impact on Travel Agents’ and Tour Operators’ activities. For more information, visit www.ectaa.org.

Celebrating its 40th Anniversary in 2015, Cruise Lines International Association (CLIA) is the unified voice and leading authority of the global cruise community. As the largest cruise industry trade association with 15 offices globally, CLIA has representation in North and South America, Europe, Asia and Australasia. CLIA’s mission is to support policies and practices that foster a safe, secure, healthy and sustainable cruise ship environment for the more than 23 million passengers who cruise annually, as well as promote the cruise travel experience. Members are committed to the sustained success of the cruise industry and are comprised of the world’s most prestigious ocean, river and specialty cruise lines; a highly trained and certified travel agent community; and other cruise industry partners, including ports, destinations, ship developers, suppliers, business services and travel operators. For more information, visit www.cruising.org, www.cruiseforward.org or follow Cruise Lines International Association on the CLIA Facebook and Twitter fan pages.

3. About the European Tourism Forum

The European Tourism Forum is the most important high-level event on tourism that the European Commission organises with the country that holds the Presidency of the Council of the European Union during the second half of the year. The fourteenth European Tourism Forum is taking place in Luxembourg on 17-18 September 2015. This year, participants will discuss digitalisation through the sharing economy, promotion of Europe via transnational and pan-European thematic products, skills and competences, and streamlining the regulatory and administrative framework for tourism on the example of current and future visa requirements. For more information, visit www.etf2015.lu.