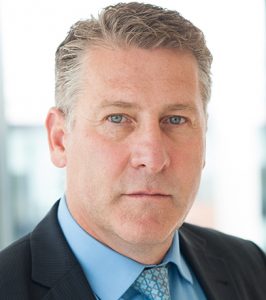 Ardmore Shipping Corporation’s chief operating officer, Mark Cameron has been appointed chairman of the International Parcel Tanker Association (IPTA). The position was formally confirmed at the annual AGM in Berlin, October 2015, where he took over the role from outgoing chairman, Hugo Finlay of Essberger Tankers.

The role will focus on continued policy development and implementation of agreed IPTA positions on key issues such as the development of global regulations on Monitoring, Reporting and Verification (MRV) and UNFCCC climate change legislation, ECA regulatory compliance, and, importantly, cargo categorisation and carriage regulations pertinent to the IMO classified chemical and product tanker fleets. The role will also maintain IPTA’s continued focus on the issues of safety and security for chemical and parcel tanker operators. Cameron will act as IPTA chairman while continuing in his position as COO of Ardmore Shipping,

“We are delighted to welcome Mark as the next chairman of IPTA – a role that is as important as ever. Mark will preside over future developments such as reviewing the IBC Code and MARPOL Annex II. However the primary focus will be at IMO, where amid directions from UNFCCC, our members will be tasked with reviewing technical and operational measures for enhancing the energy efficiency.

“Not only does Mark bring invaluable experience of working as a COO for an IPTA member, Ardmore Shipping, he also brings with him a wealth of experience in terms of understanding eco-efficiency pertaining to Ardmore’s existing and newbuild fleet. In addition, Mark’s technical background gives him an unrivalled depth of understanding of the associated technology and what measures may be realistic and feasible.”

“I am flattered to have been invited to act as the next chairman of IPTA. In light of current and impending regulations around environment, energy efficiency, safety and security, IPTA’s members face a myriad of challenges and opportunities. Through this role and on behalf of IPTA members, I will strive to provide a strong voice amid a period of constant change for chemical and product tanker owners and operators.”

IPTA was formed in 1987 by a number of like-minded independent parcel tanker operators who felt that the time had come for this sector of the shipping industry to have specialist representation in the various fora that influence their business.

IPTA has since developed into an established international representative body for ship owners around the world operating IMO classified chemical and product tankers and is recognised as a focal point through which regulatory authorities, charterers and trade organisations may liaise with such owners.

IPTA was granted consultative status as a Non-Governmental Organisation to the International Maritime Organization (IMO) in 1997. As such, IPTA is wholly supportive of IMO as the only organisation to determine the need for, introduce and monitor compliance with international maritime legislation. IPTA members have equal status within the Association irrespective of the size of their fleets. IPTA members are committed to the enhancement of Maritime Safety, the protection of the Marine Environment and the reduction of atmospheric pollution from shipping through the legislative process of the IMO. www.ipta.org.uk.

Ardmore Shipping owns and operates a modern, fuel-efficient fleet of mid-size product and chemical tankers. The Company is engaged in the seaborne transportation of petroleum products and chemicals worldwide to oil majors, national oil companies, oil and chemical traders, and chemical companies.

Additional information is available at the Company’s website www.ardmoreshipping.com, which is not a part of this press release.

Attracting Women to challenging careers: at sea and in space

WISTA Denmark is thriving, 25 years after its foundation…