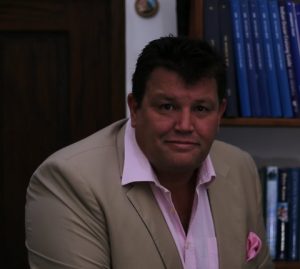 Dom Mee founder and former President of PVI who commanded over a thousand former Royal Marines in the fight against piracy in the Indian Ocean gives a warning to the maritime community on complacency.

Mee stated “The main thrust of coalition operations in the region has shifted towards anti-terrorist operations and the blockage of Yemen. Lack of reporting and reports being ignored relating to armed groups in the Southern Red Sea and Gulf of Aden is allowing space for pirate groups to reorganise. The recent hijacking of fishing vessels off Somalia is of concern as pirate groups may use them to attack larger merchant vessels in the future”.

The geopolitical situation in Somalia shows the government continues to be unable to govern the country and provide stability or security. Al Shabab has shown resilience despite losing ground to the last Kenyan offensive but the group still remains the biggest challenge to the country. The opening of the pirate anchorages would be welcomed by impoverished communities that once earned lucrative sums supporting piracy in the past.

Mee continued “The key is that maritime security companies and the shipping community report all suspicious activity to the IMB Piracy reporting centre. Armed groups on the water are a danger to navigation and this should be reported in the interest of all mariners. If the situation of poor passage of information continues we could well see a hijack of a merchant vessel in the high risk area during 2016”.

Mee after retiring from PVI is a strategic security adviser to the super rich in Asia and has released his first book ‘Kiting the Hurricane’ a memoir his doomed expedition to be the first person to cross the Atlantic by a kite powered boat.

Dom Mee served in the Royal Marines for 15 years specialising in intelligence. He founded Protection Vessels International creating the largest private navy since the East India Company PVI was the fastest growing company in Europe under his leadership. He was voted number 30 most influential person in world shipping by Lloyds list in 2012. Dom resides in Sri Lanka with his wife Anna and their three children. Dom has five more books in pipeline with publishers.