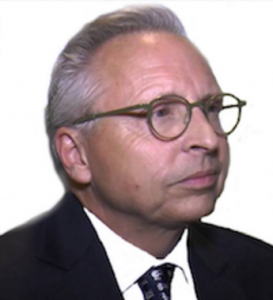 LONDON – 07 April 2016 – Parker Kittiwake, a leading global manufacturer of condition monitoring technologies, has voiced its concerns regarding the proposed amends to the ISO 8217 quality standard for marine fuels, stating that the changes could have a significant impact on fuel quality and vessel performance.

The company says that, should the changes take effect, the new standard will result in a higher tolerance level for the concentration of harmful and abrasive particles such as cat fines, leading to a significantly higher likelihood of failures and breakdowns. The new draft also lends further protection to the bunker supplier from claims regarding the quality of the fuel supplied, whilst ship owners and operators are opened up to more risk.

Earlier this year the International Organisation for Standardization (ISO) released the draft ISO 8217:2016 fuel quality standard, requesting feedback from the industry ahead of a deciding vote between participating national standard bodies next month. The proposed amends to paragraphs five and six in particular have the potential to significantly impact bunker quality and increase the likelihood of impaired propulsion resulting from contaminants such as cat fines in the fuel. Additionally, this will further increase the time and resource required to carry out effective fuel management processes to prevent damage.

Larry Rumbol, Marine Condition Monitoring Market Development Manager, Parker Kittiwake said: “We would caution that some of the proposed amends to the ISO 8217 fuel quality standard would be unfavourable to ship owners and operators, most significantly as they would offer far less protection to the fuel buyer against damage caused by lower quality fuel oil. For example, as recently stated by leading expert Dr Ram Vis, the new draft would allow the fuel supplier to deliver a bunker that couldn’t be considered out of specification unless it exceeded the specified cat fines limit value by more than the 95% confidence level. This would prove perilous for vital components such as cylinder liners as it would permit the concentration level to rise from the current maximum of 60ppm to 72ppm, despite explicit recommendations from OEMs such as MAN and Wärtsilä that only fuel with a concentration of no more than 15 ppm should be used.”

As more distillates are being taken from crude oil during the refinery process, a higher concentration of cat fines is being carried over into the fuel. When they are not reduced or removed by suitable treatment, their abrasiveness will damage the engine – particularly fuel pumps, injectors, piston rings and cylinder liners – leading to costly repairs, unplanned downtime and possible consequential damage, both mechanical and commercial.

Rumbol concluded: “Damage caused by the ingress of cat fines can incur significant expense, with the cost of replacing a single liner estimated at $65, 000 for parts alone. This can rapidly escalate to more than $1million when the parts, labour and the accompanying expenses of downtime, repair and off hire are also considered, as well as the likely event that multiple cylinders are affected. Cat fines are already presenting a significant headache for shipowners and operators, and the proposed changes to ISO 8217 will only amplify this. Only last month a well known container operator incurred major engine damage from cat fines, having recently loaded bunkers in Rotterdam.”

For more than two decades, Parker Kittiwake has designed, developed and manufactured condition monitoring and test equipment for lube oil, hydraulic oil and fuels. The company is committed to supporting shipowners and operators in protecting machinery to maximise equipment lifetime and minimise downtime.

With annual sales of $13.2 billion in fiscal year 2014, Parker Hannifin is the world’s leading diversified manufacturer of motion and control technologies and systems, providing precision-engineered solutions for a wide variety of mobile, industrial and aerospace markets. The company employs approximately 57, 000 people in 50 countries around the world. Parker has increased its annual dividends paid to shareholders for 57 consecutive fiscal years, among the top five longest-running dividend-increase records in the S&P 500 index. For more information, visit the company’s web site at www.parker.com, or its investor information web site atwww.phstock.com.