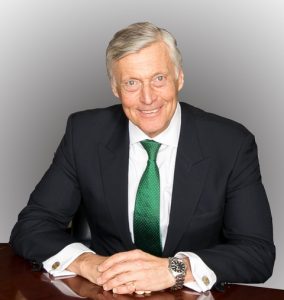 New York:  A Center of Excellence for Marine Insurance

April 19, 2016- NEW YORK  New York Maritime Inc. (NYMAR) Chairman Clay Maitland announced the publication of the latest white paper promoting the benefits of doing maritime business in New York.  Entitled “New York:  A center of Excellence for Marine Insurance”, the white paper was written by Joseph Hughes, Chairman and CEO of The American Club.  This article is part of a book that is being compiled about the New York maritime center and will be distributed in June at the bi-annual Posidonia conference.

“We are pleased to be publishing this important piece about the extensive capability of the New York marine insurance market”, stated Chairman Maitland.  “This is just another jewel in the New York maritime center crown of achievements and capacity.”

Viewer can read the article herebelow:

New York:  A Center of Excellence for Marine Insurance

As a center of excellence in the practice of marine insurance, New York concedes nothing to its global rivals. The range of coverages available, both mainstream and highly specialist, together with the professional capabilities which support the underwriting of maritime risk, are at the leading edge of international standards of accomplishment.

Marine insurance has formed part of the New York mercantile landscape since colonial times. It grew in importance with the vigorous expansion of the US merchant marine from the earliest days of the new American republic, and has remained an integral part of New York’s commercial outreach to the world ever since. Indeed, as is the case in other international maritime centers, many of New York’s current multiline insurers originated as purely marine underwriting entities in the late eighteenth and early nineteenth centuries.

All the major lines of marine insurance are underwritten in New York. They fall within the following broad categories.

Hull and machinery and related insurances

New York-based underwriters are able to provide cover for all the regular hull and machinery and related risks, covering both marine and war perils, in accordance with the standard forms used internationally for such interests, as well as more customized coverage where required.

These insurances are provided by both multiline, composite carriers as well as by the local offices of overseas underwriters, creating a wide range of options for shipowners.

There also exist, in addition to traditional bluewater coverage, more specialist insurances for the operators of coastal and river tonnage within the United States. Such risks are typically insured on more industry-focused forms, tailored to the particular needs of such trades, and are often constructed in packages in conjunction the liability covers appropriate to those trades.

A particularly specialist sector is that concerning the insurance of what are generally known as inland marine risks. These encompass a broad spectrum of exposures to which a diverse constituency of marine contractors may be subject in the conduct of many different types of waterborne enterprise.

Protection and Indemnity, and other liability insurances

New York is the home of the American P&I Club, the only mutual P&I insurer in the Americas and a member of the International Group of P&I Clubs which, collectively, insures between 90 and 95% of all world shipping for third-party liability risks. The American Club has supported the US and global maritime communities for nearly a century. It also operates various fixed premium facilities from New York, as well as providing a broad range of related insurances, most notably in the hull and machinery sector through its recent investment in American Hellenic Hull Insurance Company of Cyprus.

In addition to the headquarters of the American Club, New York is also host to the branch offices of several other International Group clubs which provide claims handling and related services to their US and overseas members.

Other New York-based insurance carriers also play a large part in the provision of liability cover to shipowners and operators based both in the United States and elsewhere in the world. These insurers provide a wide range of products under a variety of industry forms which vary from those designed to replicate traditional P&I cover to those more closely tailored to the needs of the river and coastal trades. Related covers such as those in regard to marine employers’ and comprehensive general liability are also available.

Many New York underwriters who participate in this discipline are also able to provide coverage for liabilities in excess of primary layers of cover, typically up to very high limits of indemnity.

Reflecting the importance of maritime commercial activity in general throughout the New York region, the provision of marine cargo insurance has long been a central part of underwriting activity in New York. The engagement of New York-based underwriters in this sector remains substantial.

The reach of what is traditionally described as marine cargo insurance is extensive, and New York companies have been at the forefront of developing new products in this respect. Policies are available to freight forwarders, distributors, manufacturers, operators, logistical networkers, importers and exporters across a range of exposures which often include land transit from the point goods leave storage up until they arrive at their final destinations.

The categories of marine coverage described above relate to direct insurances i.e. those between a principal insured (such as a shipowner) and an insurer directly covering those risks for account of that principal insured. New York is also home to specialist marine reinsurers to whom direct insurance carriers can lay off or redistribute part of their primary risks either on a whole account (general) or facultative (particular) basis.

The capabilities of the marine insurance broking community in New York are widely regarded to be among the best in the world. All lines of business are handled within this energetic service constituency which includes both the headquarters, and local offices, of the largest international broking houses along with smaller, specialist operations.

Both retail and wholesale insurance broking is carried on in New York in a manner similar to other international centers. New York brokers deal with both local and overseas markets with easy connections to their counterparts across the globe. There is also significant reverse flow business from those overseas markets into the New York underwriting community. This allows New York insurers to participate extensively in marine insurance placements originating from all parts of the globe.

In addition to the provision of broking services for direct risks, New York also enjoys a substantial involvement in the reinsurance of marine exposures, as noted above. Such reinsurances are placed by specialist broking operations which provide their services to US-based underwriters as well as to those from overseas seeking program participation from reinsurance carriers operating within the United States.

In the assessment of risk and the handling of claims, the New York marine insurance community benefits from a broad range of ancillary support across a variety of specializations.

Both pre-attachment and post-casualty surveying services are easily accessible in New York to assist local underwriters and those from overseas. Claims handling and average adjusting capabilities are also widely available in New York. The Association of Average Adjusters of the United States and Canada has had its seat of activity in New York for more than a century, and promotes the interests of the average adjusting community throughout the continent.

New York also boasts an impressive array of law firms who specialize in maritime claims work as well as that concerning the interpretation of marine insurance contracts, in respect of which both New York and federal law provide a sophisticated and reliable jurisprudential framework.

Marine insurers of all kinds operating in New York are overseen by the New York State Financial Services Department, universally recognized to be one of the most demanding insurance regulations in the world. It calls for meticulous reporting, exceptional transparency and irreproachable financial security from those who are subject to its supervision.

Those who seek to do business with the New York marine insurance community can gain comfort from the exacting oversight of the local regulator whose demands as to capital adequacy, governance and operational integrity represent a truly international gold standard of compliance.

Joe has served as Chairman and CEO of the managers of the American Club, an International Group mutual, for nearly twenty-one years. Joe also oversees the activities of Eagle Ocean Agencies, Inc., an affiliate of SCB, which operates the Eagle Ocean Marine and Eagle Ocean America insurance facilities, the latter as a coverholder for underwriters at Lloyd’s. He also serves on the board of American Hellenic Hull Insurance Company, Ltd., a Cyprus-based hull underwriting investment of the American Club.

Having graduated from Oxford University, Joe was called to the Bar of England and Wales, thereafter specializing in maritime commercial law before commencing his career in marine insurance. Prior his arrival in the United States, Joe worked for other P&I clubs in the United Kingdom and Norway, latterly serving as chairman of the global marine practice of Jardine Insurance Brokers, a leading Lloyd’s broker in London.

In addition to his corporate responsibilities, Joe is currently vice-chairman of the North American Marine Environment Protection Association (NAMEPA), a director (and former president) of the Maritime Association of the Port of New York and New Jersey, a former chairman of the Association of Average Adjusters of the United States, a director of New York Maritime, Inc. (NYMAR) and a member of the National Cargo Bureau. Joe also serves on the classification committee of the American Bureau of Shipping, and the North American advisory committee of Lloyd’s Register. He is a 2011 inductee of the International Maritime Hall of Fame, and was designated one of the top ten global marine insurance personalities on the 2015/16 Lloyd’s List One Hundred.

To view the other contributions, go to www.nymar.org.

Panama, the gateway to the Americas