European seafarers and shipowners oppose the sentencing of Captain Mangouras 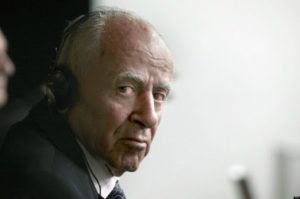 The European Social Partners in Maritime Transport – ETF and ECSA – are extremely concerned about the recent Court decision in the Prestige case as it unexpectedly overturned the judgment by the Provincial Court of La Coruña (Galicia) which had yet cleared both the Master, Captain Apostolos Mangouras and the Chief Engineer of criminal responsibility.

Judges have now convicted Captain Mangouras of gross negligence for his decisions during the voyage and his actions as events unfolded. But this decision is nothing less than a further proof – one time too many – of the ill-treatment of seafarers that began as early at the time of accident and which, in the case of Captain Mangouras, has continued for an agonizing period of fourteen long and stressful years of judicial harassment.

The Provincial Court judgment found Captain Mangouras innocent for the simple reason that he bravely fulfilled his professional duty in attempting to save his ship. Confronted with a refusal by the Spanish authorities to give the damaged ship a place of refuge (where an oil spill could have been contained), not only the Master but also the Chief Engineer and the Chief Officer remained on board the vessel, whilst the hull was breached and the risk of capsize was dramatically increasing. Under pressure from the Spanish authorities, the Master had to take a series of actions against his will that resulted in the damaged tanker being forced to remain out at sea in dreadful conditions, where it eventually broke in two and sank off the coast of Galicia.

The Social Partners cannot accept that seafarers should have to pay such a heavy price whilst the Maritime Authority, who had been exempted from any liability, ordered the vessel away from any port of refuge, with well-known catastrophic effects upon the natural environment.

It is beyond dispute that seafarers are too often used as easy scapegoats upon whom to shift all the responsibility for possible environmental damages, and unfairly sued – sometimes in flagrant breach of their fundamental rights.

In addition, the Social Partners fear that such a ruling will impact negatively on the attractiveness of a seafaring career and hence on the future recruitment of young competent seafarers. At a time when ECSA and ETF – together with the European Commission – are looking to promote the European maritime profession and render it attractive to young Europeans, the Supreme Court’s judgement sends entirely the wrong signal.