New York, May 12, 2016:       The 23rd Annual International Maritime Hall of Fame reception and awards dinner took place yesterday evening in New York where five individuals were honoured in front of more than 350 of their colleagues from the international maritime transportation industry.

The Maritime Association of the Port of New York and New Jersey founded the Annual International Maritime Hall of Fame in 1993 to recognise maritime visionaries who, through excellence in their company, organisation or services, best exemplify the qualities of futuristic thinking that guides the maritime industry.

Funds raised from the Awards evening promote educational services for the sector and, whilst all previous honorees are from within the global maritime and related transportation industries, in 2013 former mayor of New York City Michael Bloomberg was recognised.

The five outstanding leaders honoured were: 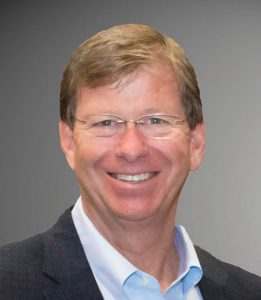 Celebrating 25 years as President of Vane Brothers, Mr Hughes has overseen the company’s transition from a Baltimore-based ship chandlery, established in 1898, to a major marine transportation provider with 150 vessels operating out of seven locations along the U.S. East Coast.

Mr Hughes joined Vane Brothers as a junior partner in 1980 and, leading up to Vane’s 100th anniversary in 1998, spearheaded the construction and acquisition of a fleet of tugboats and barges greatly broadening the bunkering business.

In 2014, Mr Hughes donated Vane’s flagship tug, the Elizabeth Anne, as a training vessel for midshipmen.

Before joining Wal-Mart, he was the Vice President of Product Development for i-Scope, an Internet-based start-up of global order fulfillment systems and, prior to that, spent 15 years with global industry leaders in transportation such as Sea-Land Service, Hapag Lloyd, APL and Cast North America. Mr Kusiciel holds a Bachelors of Science degree in Marketing from the University of Illinois. 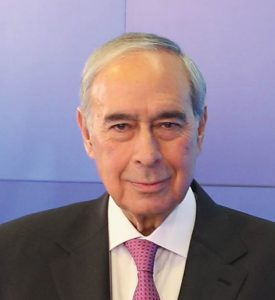 Mr Palios is a qualified naval architect and engineer and has been actively involved in the shipping industry for his entire working life.

He purchased his first ship the m.v. “SEMIRA” in 1969, after forming Diana Shipping Agencies S.A., a company he served as its Managing Director and President.

After purchasing and operating a number of cargo vessels capable of carrying both dry and wet cargoes for over 30 years, he formed Diana Shipping Inc., and in February 2005 became its Director and Chief Executive Officer.

Since 2011, Mr Palios has been a Board Member of the “Maria Tsakos” Foundation which is closely involved in matters affecting maritime technology and the marine environment. 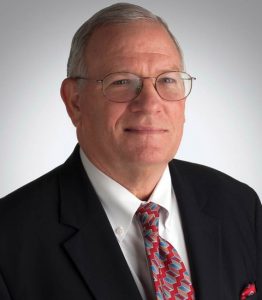 Mr Payne took his first maritime job as a relief summer deckhand in 1973 on a newsprint carrier calling at mills in western British Columbia and returning to San Francisco and the newspaper industry in his native California.

Following graduation from UC Berkeley in 1976, Mr Payne joined the San Francisco office of Kerr Steamship Company in 1978. Then in 1989 he was recruited to NYK Line (North America) which was in the process of opening its own offices in lieu of using a general agent.

Promoted to Vice President of Liner Operations and Customer Service in 1999, in 2006 he became Senior Vice President of Marketing, Pricing, and Trade management for the Transpacific and Transatlantic services for NYK Line.

Master of Ceremonies for the evening was Joe Hughes, Chairman and Chief Executive Officer of Shipowners Claims Bureau, Inc., Manager of the American P&I Club.

A past President and current Director of the Maritime Association of the Port of New York and New Jersey, Mr Hughes was himself honoured in the 2011 International Maritime Hall of Fame and is a well-known figure in the marine insurance industry internationally.

Although it has served the port since 1873, the Maritime Association of the Port of New York and New Jersey can trace its beginnings back to the early 1860s when the Merchants Exchange and News Association collected and distributed information concerning ships’ sailings and arrivals.

It provided the most updated information of New York’s ships’ positions as they travelled, as well as other maritime information, and became known as the Pine Street News Room, building up a good reputation for reliable shipping news.

As maritime activity in New York flourished, the need for more information exchange increased and the Maritime Association of the Port of New York was formally opened in February 1873.

In 1944 the Maritime Association created the Joint Committee on New York Port Protection, which joined the United States Coast Guard and Navy to protect piers, ships, and cargo from damage as, by this year, more ships travelled through the New York port than any other in the world.

In 1982 the Maritime Association completed the renovation of the Statue of Liberty, the great symbol of American freedom.

Every year the Association hosts the acclaimed International Maritime Hall of Fame Awards, in the early years at the Statue of Liberty Island, then at the World Trade Center’s Windows On the World and at the United Nations.