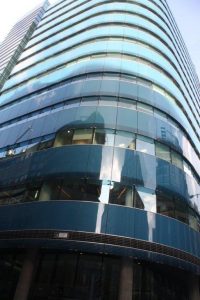 Businesses are being slow to meet a new statutory responsibility to report on what they are doing to keep their activities and supply chains untainted by the $150bn scandal of ‘modern slavery’ and human trafficking.

Only a quarter of the first firms to file have according to independent researchers met the basic reporting requirements, practitioners attending the second annual Global Legacy Claims Conference of Clyde & Co heard at the law firm’s City headquarters.

Allegations of slavery and labour law violations were among a host of problems touched on by conference speakers that can give rise to multi-million dollar law suits and insurance claims.

Modern slavery is a hot topic in several countries including the UK, Australia and Canada, and US President Obama has been talking about it. The US is considering national legislation that would build on the California Transparency in Supply Chains Act 2010. 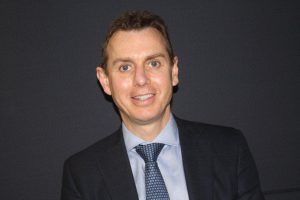 Section 54 of the Act requires commercial organisations that supply goods or services; have a global turnover of £36m or more; and carry on business in the UK (whether or not UK-registered) to produce a ‘slavery and human trafficking statement.’

This is an annual statement of the steps taken to ensure modern slavery is not taking place in the organisation’s business and supply chains anywhere in the world.

Mr Hartley cited research by the Business and Human Rights Resource Centre [an independent global monitoring group with offices in London and New York] which analysed 83 published statements. It found that only 22 met the requirements of section 54 in being signed by a director with a link from the organisation’s home web page. Only nine met the requirements and addressed six criteria set out, albeit these were not mandatory. 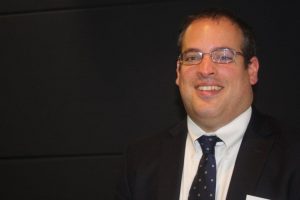 Further, a survey of members conducted by the Chartered Institute of Procurement & Supply found that 19% of supply chain managers were unaware of the new reporting requirement; 27% did not understand what their business needed to do to comply; and 25% could not name a single step taken.

Companies with a financial year end of 31 March 2016 have been the first required to report. In all, it is estimated that 10, 000 organisations will need to report.

Mr Hartley said that globally between 21m and 36m people were trapped in modern slavery, up to 13, 000 of them in the UK. The definition of modern slavery encompassed “slavery, servitude, forced and compulsory labour and human trafficking.” High risk sectors included construction, primary industries (agriculture, mining and fishing), manufacturing, domestic services and hospitality.

The Act stops short of laying down in fine detail what should be in the anti-slavery statement, but recommends that there is information about the organisation’s policies on modern slavery, and the related due diligence across its business and supply chains. A company should identify the parts of its business and supply chains where there is a risk of the abuse, and the steps taken to assess and manage the risk. The statement should refer to steps undertaken or begun, and the training on the subject available to staff. The statement should be written in easily understood language and published on the organisation’s website. 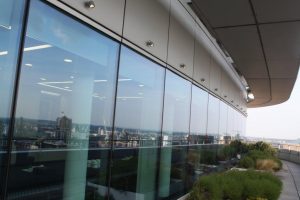 In reply to a question, Mr Hartley said that outsourcing of business potentially fell within the area of responsibility.

Companies can report that they are taking no steps, and still get that signed. Those who fail to publish anything face an injunction from the Home Secretary to oblige them to do so, but that is the limit of legal sanction for non-compliance.

Primary compliance drivers are intended to be customers, activist shareholders, trade unions, civil society and the press, said Mr Hartley. The Home Office is considering creating a single repository of statements to increase transparency, and meanwhile the Business and Human Rights Resource Centre has developed its own register.

High-profile instances of alleged super-exploitation have included labour conditions at the football World Cup construction site, a lawsuit asserting Thai shrimp produced by slave labour was marketed by a wholesaler whose code of conduct “prohibits human rights abuses in our supply chain;” Hungarian labour used in a Yorkshire bed-making factory that supplied leading UK stores; and a Canadian company accused of using forced labour at a mine in Eritrea. 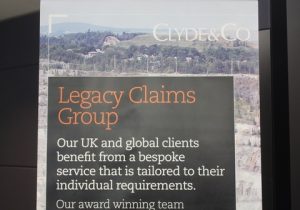 David Wynn, a Clyde & Co partner and head of the legacy claims group, said that the emotive and politically sensitive question was a “global issue for global employers.” Total illegal profits amounted to over $150bn per year. Claimant lawyers had invested much time and money in pursuing cases. Victims were one of the few classes of people who could qualify for legal aid in the UK.

There was an increase of civil claims under existing tort and human rights legislation, but Mr Wynn questioned if compensation were awarded, how did a judge work out who was due what, with possible factors including loss of earnings, breach of contract and not being paid properly.

Among Issues for insurers defending claims was an “evidential grey area“and the absence of litigation risk for claimants. There could be a rise in spurious and questionable claims and there was a potential for the floodgates opening.

Claimant firms view this as a growing area ripe for cost exploitation, said the Clyde & Co partner, and were actively marketing in this area. One plaintiff law firm, Leigh Day, had a dedicated trafficking team; and Australia-listed personal injury law firm Slater and Gordon was active (although the latter has had to launch a programme of office cut-backs after big financial losses during the second half of 2015).

Opening the Clyde & Co event, Simon Konsta, head of the firm’s global insurance practices, had referred to the “sheer breadth and complexity of the area” of legacy claims.

This was confirmed by all the presentations, including a review of the picture in the US by Peter Dinunzio, senior counsel for Clyde & Co in New York, who spoke of plaintiff law firms who “see themselves first as entrepreneurs and second as law firms. Asbestos litigation is the capital source for everything else they do.” 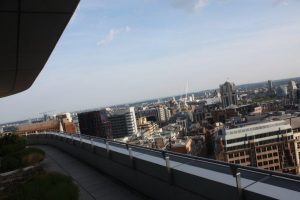 He said that 2015-16 was “a breakthrough year for talc litigation.” A lady named Jacqueline Fox who said that she used Johnson & Johnson Baby Powder and Shower to Shower for more than 35 years and suffered ovarian cancer, launched an action against the company. A jury in Missouri awarded her $10m in compensatory damages and $62m in punitive damages. Plaintiff lawyers cited studies conducted by the International Journal of Gynaecological Cancer in May 2015 said to find that use of talc increased the risk of such cancer, and “very effectively” turned Johnson & Johnson’s own documents against the company. About 1, 000 cases have been filed against the cosmetics firm in Missouri and 200 in New Jersey.

In a separate case in 2016, a woman named Gloria Ristesund secured a verdict against Johnson & Johnson, asserting the same failures as in the Fox case. A jury awarded $5m in compensatory damages and $50m in punitive damages.

The first talc consumer products verdict in the US was in 2013, when a New Jersey jury awarded $1.6m to a fibreglass insulator who alleged exposure to asbestos-tainted talc his father brought home on his person and clothing from a plant which manufactured after-shave and perfume.

In 2015 there were three trial verdicts involving cosmetic talc, one for $13m with a malice finding, one for $7m with a recklessness finding, and one favouring the defence.

Mr Dinunzio said that asbestos concerns were still going strong in the US. “Claims are not going to drop off as quickly as people have been assuming, ” he forecast. Cases were coming from shipyards on the east and west coasts, from the Midwest industrial belt, and from industrial and refining centres in Texas and the Gulf coast. “They are coming from the places they have always come from, ” said the New York attorney.

He referred to a report by ratings agency Fitch which estimated a $5bn underfunding at end-2014 of insurers’ reserves for projected future mesothelioma claims.

Other substantial legacy risks in the US included the Volkswagen emissions-cheating litigation (the car manufacturer has reserved Euro6.7bn ($7.6bn) to address the problem globally), and food and sugary drink content.

Mr Wynn referred to what he termed “the world’s biggest and longest running industrial disaster dwarfing Chernobyl” which is silicosis in the mining industry. This form of occupational lung disease has been a phenomenon in mining in South Africa since the late 1800s. There are today an estimated 288, 000 potential silicosis claims in the country, which employs 400, 000 people across all mines. Workers operate at depths of up to 3.5km underground where conditions are hot, humid and dusty. Silicosis liability has been estimated at Rand27bn (about $ 2.5bn) and Mr Wynn said this figure was probably conservative.

In October 2013, the High Court of Johannesburg ruled that all pending lawsuits be consolidated, with an estimated 100, 000 claimants. The court has more recently certified that a class action brought by mineworkers against gold mining companies can continue. There will be two classes: silicosis and tuberculosis.

Mr Wynn said that meanwhile, there was significant potential for future claims relating to India, the world’s biggest importer of asbestos.  In 2013 India imported $325m worth of asbestos (half of the global trade). It was a $2bn industry with double-digit annual growth involving at least 100 manufacturing plants and some 300, 000 jobs.

During a panel discussion on legacy claims as a whole, Michael Cook of PwC said that “the core, and really expensive, claims, I do not think we have seen the back of, ” but there was continual reserve strengthening by insurers. Bob Howe of AXA Liabilities Managers UK said that the industry had enjoyed a great deal of co-operation in addressing the issue of claims, consonant with its responsibilities under competition law.