The Standard Club announced as Platinum Sponsor for LISW17 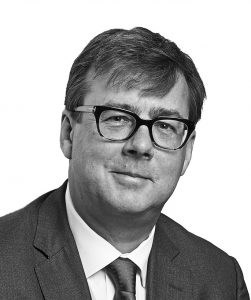 London International Shipping Week (LISW) is delighted to announce that The Standard Club is confirmed as a Platinum Sponsor of the 2017 event. This further strengthens the established relationship between the two organisations following the club’s sponsorship of LISW15.

The Standard Club is a specialist marine and energy insurer and member of the International Group of Protection and Indemnity clubs owned by its shipowner members and controlled by a board of directors drawn from the membership.

Regarding sponsorship of LISW17, Jeremy Grose, Chief Executive of The Standard Club said:
“The Standard Club is committed to supporting London International Shipping Week and is extremely pleased to be a sponsor once more at the 2017 event. London continues to be a leading shipping hub and we find that the week gives us an excellent opportunity to see our clients and network with industry leaders.

“Building on the success of our involvement in the 2015 event, we have upgraded our sponsorship to the platinum level in 2017. This demonstrates our ongoing commitment to London as a global shipping hub and our support for the event which attracts the very highest level government and shipping leaders from the UK and around the world” he said.
Following on from its highly successful event during LISW15, which included an introduction by the then Mayor of London, Boris Johnson, and a debate panel including industry leaders such as Ms. Inga Beale, CEO of Lloyd’s of London, Ms. Sabrina Chao, Chairman of Wah Kwong Maritime Transport, Dr. Martin Stopford, non-Executive President at Clarkson Research Services and British economist and Esben Poulsson, President of the Singapore Shipping Association, the club has already confirmed a slot during the LISW17 event calendar.
The Standard Club will be hosting a breakfast seminar on Wednesday 6th September between 7:30am – 9:00am. Further details are to follow, but it promises to be an unmissable event.