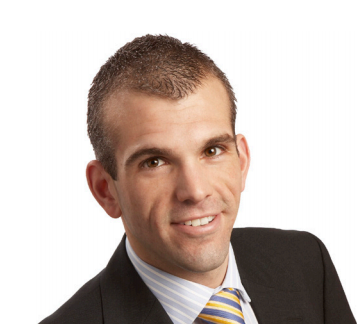 A dispute between Vitol E and P Ltd (Vitol) and Africa Oil and Gas Corporation (AOGC) arose out of an M&A transaction relating to a production sharing contract (PSC) for an exploration permit for the “Marine XI” area offshore the Republic of Congo.

The background facts are relatively complex and will not be explored in great detail here. In short, Vitol held a 26% interest in the PSC via a subsidiary called Padina Energy Limited (Padina). Vitol agreed to sell its shares in Padina, hence its interest in the “Marine XI” permit, to another project participant, AOGC pursuant to pre-emption rights in the PSC.

The SPA provided that the deferred consideration was payable by AOGC if “the drilling of the Lideka East Well is not commenced before the date of the expiry of the Second Exploration Period”. That date was 30 June 2013.

As events turned out, the PSC parties decided to proceed with drilling the Lideka East Well, and Transocean’s FALCON 100 semisubmersible rig was contracted and mobilised from Brazil in May 2013. The rig arrived at the “Marine XI” permit on 3 July, and spudded the Lideka East Well on 20 July.

Vitol therefore claimed the US$7.4 million deferred consideration under the SPA, on the basis that “the drilling of the Lideka East Well [was] not commenced before” 30 June 2013.

AOGC, however, contended that “commencement of drilling” was a broader concept encompassing the mobilisation of the rig in May 2013, such that it was not liable to pay Vitol the deferred consideration.

The English Commercial Court accepted Vitol’s argument that “commencement of drilling” meant the spudding of a well. Since the Lideka East Well had not been spudded before 30 June 2013, the court held that Vitol was entitled to the deferred consideration under the SPA.1

In reaching its decision, the court focused upon the plain, natural meaning of the words “commencement of drilling”, namely the physical penetration of the seabed or “spudding”, as distinct from other operations that are preparatory to drilling.

AOGC had argued, based on a number of historic US cases, that “commencement of drilling” referred to drilling operations more broadly, including preparations for drilling, such as mobilising and installing drilling equipment prior to spudding a well. The court rejected such a wide interpretation, which did not accord with the natural and ordinary meaning of the parties’ contractual language.

The court also considered the underlying commercial purpose of the deferred consideration clause in the SPA. The vital consideration was the need for clarity and certainty where such a substantial contractual liability – here, payment of US$7.4 million – hinged on the occurrence of a specified event.

AOGC’s construction of “commencement of drilling” was inherently susceptible to uncertainty, given the myriad of activities that are preparatory to drilling a well and might be said to “commence” the broader drilling operation. Vitol’s narrower construction, namely, “spudding” of a well, was far more clear and certain, and could not be said to produce “commercially absurd or unworkable or objectively unreasonable results”.

These considerations reinforced the court’s view that “commencement of drilling” naturally meant spudding, and thus AOGC was liable to pay Vitol the deferred consideration.

On one view, the court’s decision in this case can be viewed as welcome confirmation of the natural meaning that most industry professionals would attribute to the phrase “commencement of drilling”. It is, of course, most positive that the court adopted an approach in line with ordinary usage and understanding in the oil and gas sector.

More broadly, though, this decision is a timely reminder of the importance of clear and concise drafting in all oil and gas contracts. Whether parties are engaged in complex M&A transactions, EPC contracting, rig chartering, upstream joint ventures, downstream services or even project decommissioning, industry terminology is a regular feature in contracts throughout the oil and gas lifecycle. That is an obvious and necessary consequence of contracting in this sector, and follows the recent Court of Appeal decision in the GSF ARCTIC III where, in the context of a drilling contract, the court stressed the importance of “the freedom of two commercial parties to determine the terms on which they wish to do business”.2

However, difficulties and disputes can arise if parties do not choose their words carefully. That is especially the case where significant contractual liabilities, such as the deferred consideration in this recent English case, are triggered by reference to oil and gas technical or industry terms. Whilst many terms are well understood and uncontroversial at an industry level, for example, “first oil”, the same terms can become fertile ground for dispute when used to trigger legal obligations in high-value contracts.

Despite the positive outcome in this recent decision, the natural meaning of oil and gas industry terms may not always be apparent to a court or tribunal. It is therefore critical for parties to heed the court’s emphasis on the need for clarity and certainty when drafting their contract terms.