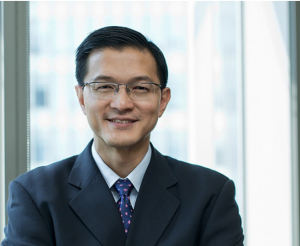 As you may be aware, one of South Korea’s largest shipowners, Hanjin Shipping Co Ltd (“Hanjin”), has applied for court rehabilitation in Korea. On 1 September 2016 the Seoul Central District Court (Bankruptcy Division 6) issued a decision accepting that application and commencing rehabilitation proceedings.
Based on our experience in dealing with recent rehabilitations involving the Korean shipping industry and working closely with Korean lawyers, we set out below a few guidance points.

What will happen in the Rehabilitation?
(1) Current status
Hanjin applied for rehabilitation proceedings on 31 August 2016. The court’s decision is usually delivered in two to four weeks, but, unusually, the court approved and issued the order (“Order”) the following day.
Mr Tae-Su Seok has been appointed as the receiver and he will now conduct Hanjin’s business and the rehabilitation process under the supervision of the court.
(2) Registration of claims in the court against Hanjin
(A) Submission of list of creditors and claims by receiver

The receiver will prepare and submit a list of known general rehabilitation creditors, secured rehabilitation creditors, and other interested parties of Hanjin (e.g. shareholders, etc.) and their claims.
(B) Registration of claims by creditors
All creditors of Hanjin must register their claims with the receiver between 20 September 2016 and 4 October 2016.
Claims need to be registered and sent to, Seoul Central District Court, Bankruptcy Department (Bankruptcy Registration Centre, 1st Floor, Annex 3 Building, Seoul Court Complex, South Korea).
(3) Adjudication of claims
The court has specified that the receiver will adjudicate all claims, whether secured or not, between 5 October 2016 and 18 October 2016. It is during this period that the receiver will investigate the claims registered by the creditors and submit his statement to the court on the same, i.e whether such claim is accepted or denied.
The receiver is currently scheduled to report his decisions to the court on 11 November 2016.
(4) Submission of the draft rehabilitation plan
Those creditors who registered their claims during the registration period, will have to draft and submit their proposed rehabilitation plan to the court on or before 25 November 2016.

Please note that the order suggests that any creditor, whose claim value exceeds half of Hanjin’s total debt, needs to submit the plan by 18 October 2016.

Additional information to be aware of
(1) If you miss the deadline to file your claim or do not comply with the necessary formalities then you may lose your right to claim against Hanjin.
(2) Existing contracts and legal relationships with Hanjin are not automatically terminated by the commencement of the rehabilitation proceedings. It may be that parties have other rights that can be exercised and a lawyer should be consulted to ensure you understand your position.
(3) Upon commencement of the rehabilitation proceeding, Hanjin are only likely to be permitted to pay any debts with Court approval, including debts incurred after the commencement of the rehabilitation.
(4) Our experience of the previous rehabilitation proceedings of, inter alia, Pan Ocean and Korea Line Corporation, suggest that Hanjin’s rehabilitation plan will result in a considerable reduction in the debt actually repaid to the creditors. i.e. only a certain percentage of debts will be repaid and over a period of months or years with the remainder be repaid by way of equity in the debtor company.
Follow our @ClydeCoAPAC Twitter account for updates on further developments or contact us at hanjin@clydeco.com for more information.