Port of Durban getting smart 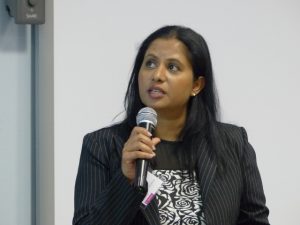 [Durban, South Africa, 18 October 2016]  The Port of Durban is building a solid business case in introducing new and exciting digital initiatives that will see some of its operations being conducted through wireless technology in the future.

The future introduction of the Smart People’s Port has been informed by the new era of the world’s Fourth Industrial Revolution which involves developments in genetics, artificial intelligence, robotics and 3D printing among other things.  South Africa’s busiest commercial port is leading the pack in embracing this new industrial revolution by recently completing a three month ‘proof of concept’, providing a glimpse into a new era in port surveillance, monitoring and communication using wireless connectivity and technology.

The Smart People’s Port concept is aligned to the company’s Market Demand Strategy, which will not only  see all commercial ports in South Africa increasing capacity ahead of demand but also increasing customer satisfaction by running seamless port operations.

“It will also help the ports to achieve a more focused customer centric technology that will reduce the latency of information sharing and result in a more informed decision-making process.”

Aerial and underwater drones, as well as track and trace technology used to track port assets such as tugs and dredgers, have been piloted successfully at the port.  The ‘proof of concept’ exercise showed that drones can be used in a number of ways including inspecting infrastructure and the condition of the sea bed, which can be done safely without interrupting port operations. The drone technology can also assist in collecting information on port traffic.

The port has also introduced a mobile application (app) designed to streamline complaints and issues reported while ensuring improved accountability, transparency and communication with port stakeholders, users, government and community.